Eagles Flyers Phillies Sixers About Us Write For Us
Top 25 Phillies of All-Time: No. 19 - Cole Hamels
Pederson "Disappointed" by Agholor's Postgame Tirade

Embiid won't travel with Sixers to Charlotte, Okafor to sit on Tuesday 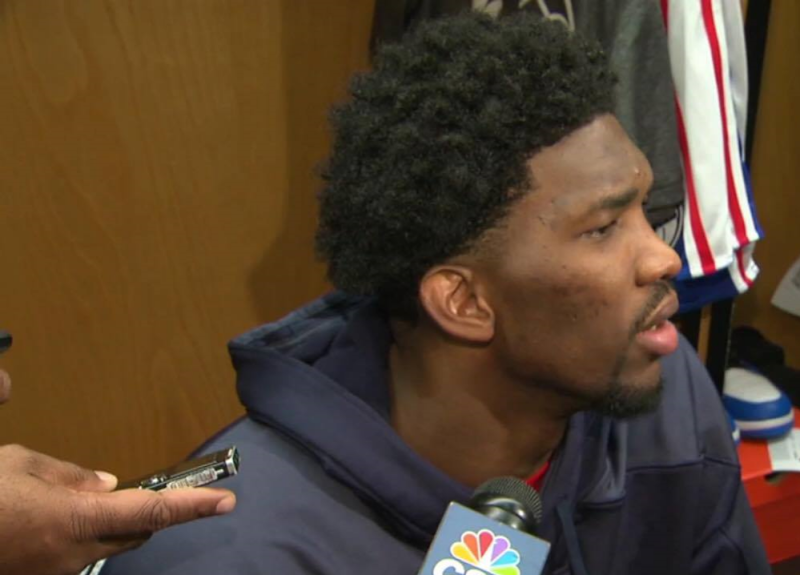 The Philadelphia 76ers were back at practice on Monday following a blowout loss at the hands of the Atlanta Hawks on Saturday afternoon. The team is back in action against the 0-3 Orlando Magic on Tuesday and will travel to Charlotte for the second half of a back-to-back on Wednesday. Following Monday's practice, Sixers head coach Brett Brown said that the plan is for Jahlil Okafor not to play on Tuesday and Embiid won't travel with them on Wednesday. Entering the season, Brown made it known that Embiid would not play in both games of back-to-backs.

Intention for Okafor not to play tomorrow but will be available.

Embiid not traveling to Charlotte for game Wed.

There isn't anything to be concerned with here in what will be rest days for both big men. Moore goes on to say that the expectation is for Embiid to have a 24-minute limit on Tuesday with the same restriction for Okafor on Wednesday. We could even get to see Dario Saric get some time at center, according to Moore. Brown mentioned that the Croatian forward has been pressing a bit with his shots coming up short for the most part, but isn't too worried.

With Okafor sitting Tuesday and Embiid out on Wednesday, we'll get a much longer look at Richaun Holmes, who has been impressive through two games this season. He's shooting 70 percent from the floor and has three blocks as well in just 31 minutes of playing time. The second-year man out of Bowling Green brings a spark of energy whenever he steps on the court and offers both offensive and defensive upside as a center off of the bench.