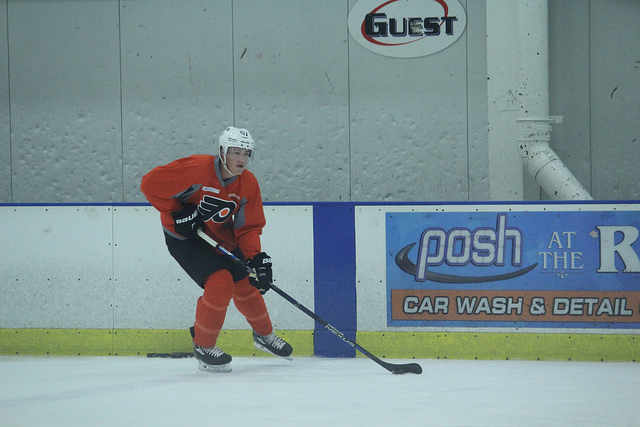 The Flyers preseason is now past the halfway point after their 4-3 shootout loss to the Bruins on Saturday. With three games remaining, time is running out to get a look at players trying to make the team and finalizing the roster.

On Sunday, the Flyers sent Travis Sanheim to the Phantoms and returned Philippe Myers to his junior team, Rouyn-Noranda.

Sanheim will be playing in his first full professional season, so his move to the AHL is no surprise. That said, the 20-year-old looked much more comfortable in training camp.

Myers had a very slim chance of making the roster given the prospects of players like Ivan Provorov and Travis Konecny, who do remain on the roster, but the 19-year-old has made tremendous strides over the last year to become an integral part of the Flyers future on defense if his development continues to progress.

In addition to the two defensemen, veteran blueliner Will O'Neill was also placed on waivers for purpose of being assigned to the Phantoms. With those three cuts, the Flyers roster would be at 31, including two injured players in Cole Bardreau and Mark Alt. With 29 healthy players still in camp, the Flyers need to trim the roster by six more players by opening night.

The Flyers return to the ice on Monday night against the New York Rangers at 7 p.m.

I was really hoping for a miracle and Myers would stick around. He will be monster in Juniors this season!!