The Hawks comfortably take one against the struggling Sixers offense 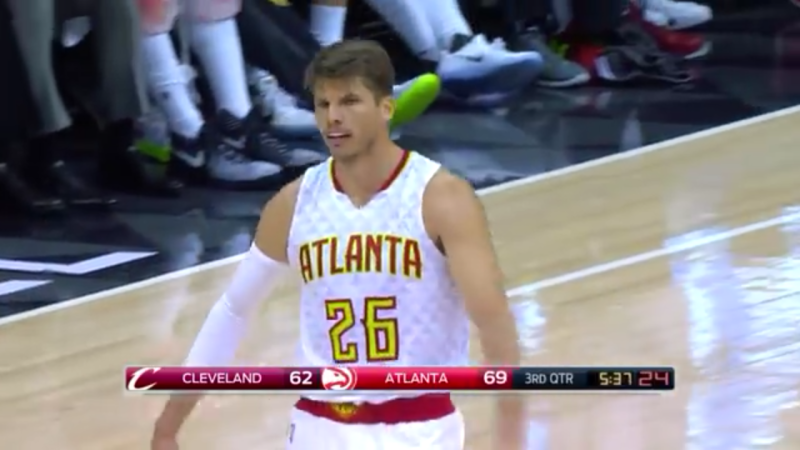 The Sixers started off as strong as you could with an 8-0 push with five points from Joel Embiid and a three pointer from Dario Saric, forcing Atlanta into their first time out. Kyle Korver would help erase that deficit fairly quickly as part of a 9-0 run for the Hawks. Atlanta pulled ahead and while Robert Covington would continue to struggle, TJ McConnell and Nik Stauskas would help rack up a few points. However Philadelphia would end the quarter behind 29-24.

The second quarter got off to a pretty horrific start with the Sixers missing everything but one of Jerami Grant's free throws.  While Jahlil Okafor and Embiid would share the floor for the first time, they really didn't have a lot to show for it. Embiid would also find himself in foul trouble picking up three of them in the quarter before being lifted. There was a pretty long stretch where they couldn't buy a basket. While they did show some signs of life in the last minute, it wasn't enough to overcome a 24-15 quarter and they ended the half down 53-39. The former Sixer, Korver would lead scoring with fifteen at the half.

The third quarter started off as more of the same. Covington's struggles continued to an obscene level and the turnovers mounted up. The Sixers would put together some good plays and Embiid was very much a presence for the first half of the quarter on both ends as he would send Howard to the bench after drawing a foul. The Sixers would go on a nice 8-1 move halfway through the quarter with some solid play from Okafor. As inspired as they looked it wasn't nearly enough to erase the deficit and the quarter ended with them behind 74-58.

The Sixers really couldn't get anything going in the forth quarter further from trading baskets. Richaun Holmes and Sergio Rodriguez continued to pair up fine with each other. Embiid would exit with fourteen points in fifteen minutes. At the six minute mark, looking at a north of twenty point deficit, Brett Brown opted to get Timothé Luwawu-Cabarrot into the game for his NBA debut. The garbage minutes didn't lead to anything very exciting save local college hoops fans who got to see St. Joseph's own DeAndre' Bembry getting in some time for Atlanta. As the clock ran down and  the crowd erupted into an Eagles chant, the the Sixers walked off the court down 104-72.

All in all it was a pretty rough game. The Sixers put themselves in a deep enough hole in the second quarter and while they played better, it was too much to climb out of. Korver and Paul Millsap had really strong performances that would be more than enough.  If there was a positive in the game, it was Embiid and Rodriguez continuing to play at a nice level with Holmes and Okafor putting in some pretty noticeable bench time. The negatives were pretty much everything else, including some really tough minutes from Covington and Gerald Henderson. It's going to be rough waters for a while but we're used to it.

The Sixers hit the road for the first time this season as they head down south to take on the Orlando Magic on Tuesday night at 7:00.