Flyers look to bounce back north of the border 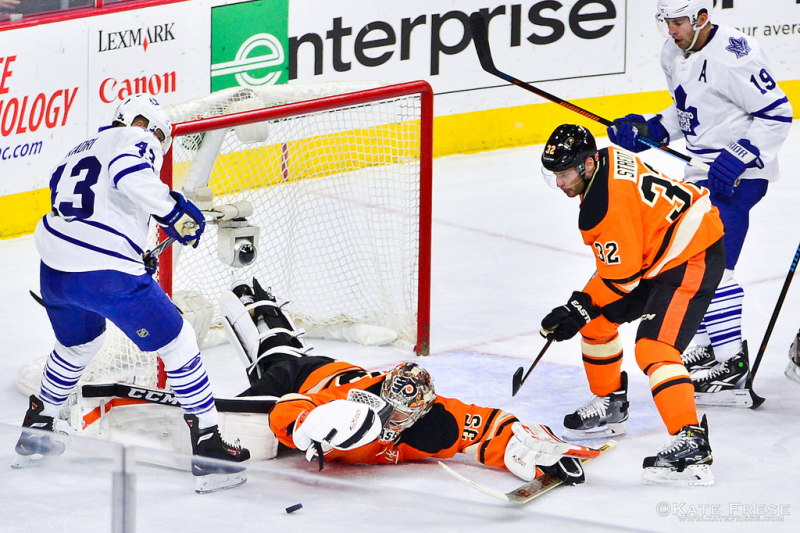 The Philadelphia Flyers (6-6-2) head north of the border for a battle with Auston Matthews and the Toronto Maple Leafs (5-5-3). This is the first of three meetings between the two clubs and first of two in Toronto. Game time is 7:00
Last season the Flyers went 1-1-1 against Toronto with the lone win coming at the Air Canada Centre.
Toronto is not the only team with some exciting rookies n this game. While Travis Konecny has rightfully gotten praise for his play, Ivan Provorov has improved with each game. The nineteen year old defenseman has had struggles but all rookies do especially at that age.  Since playing arguably  his worst game as pro in Carolina, Provorov has steadied the ship.
He has been close on numerous occasions to getting his first NHL goal. In a wide open offense game like this could be, tonight might just be the night he does it.
Auston Matthews bursted onto the scene scoring four goals in his first NHL game. Since then, the first overall pick in this year's NHL Entry Draft, has cooled down somewhat. He has just two goals and five assists since that opening night.
A talent like Matthews will not be held down long and thinking so is flirting with fire. He will need to be accounted for each and every time he is on the ice.

Steve Mason gets the start tonight for the Flyers. Mason took the 3-2 shoot out loss to Detroit on Tuesday night in Philadelphia. Mason played a good game Tuesday night in his first action in over a week.

Frederik Andersen will be back between the pipes for the Maple Leafs. Andersen has is in his first season with Toronto replacing former starter Jonathon Bernier. The Danish netminder has proven to be a valuable number one goalie so far in his NHL career and when he is on can be tough to beat.