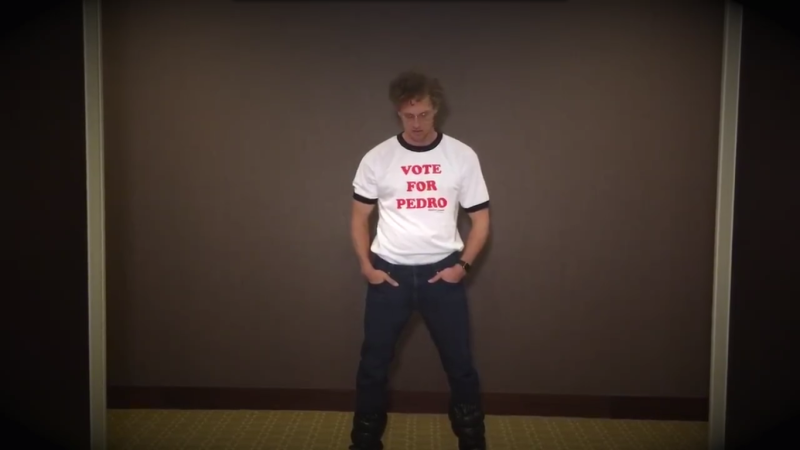 Hunter Pence dressing as Napoleon Dynamite for Halloween is perhaps the most suiting selection for the three-time All-Star and two-time World Series champion.

Pence's fiancee, Alexis Cozombolidis of CSN Bay Area, also dressed up as a character from the 2004 hit: Pedro, Napoleon's best and perhaps only friend.

Early Tuesday morning Pence uploaded to his official Facebook page a video of him impersonating the famous "Canned Heat" talent show dance from the original film. Watch below and compare.

A part of me wishes Pence had uploaded the dance in its entirety, because he was just that good at matching Jon Heder's performance.

Hunter Pence is my favorite famous person ever and I had just watched the movie Napolian Dynamite right before he posted that.