Phillies nuggets: Why didn’t Charlie Manuel get another shot? 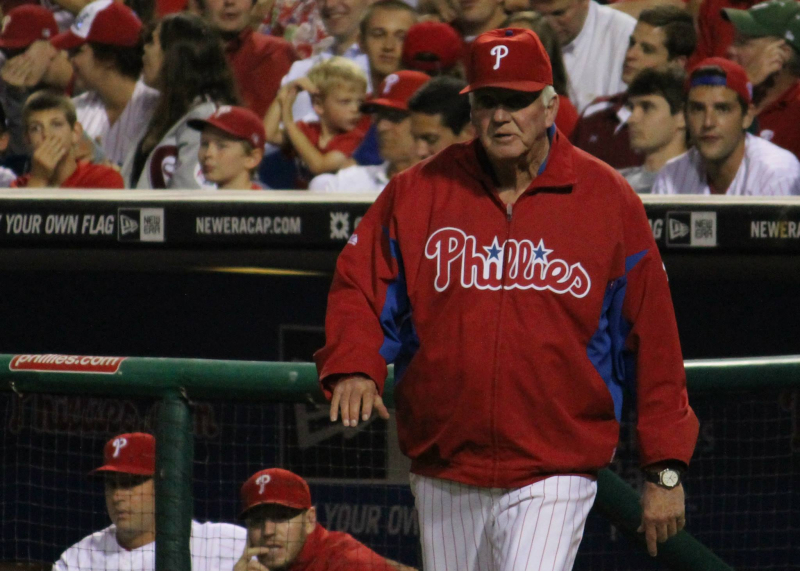 Former Philadelphia Phillies manager Charlie Manuel never got another managing interview after being fired by the team in 2012. (Kevin Durso/Sports Talk Philly)

In 2016, Charlie Manuel served his fourth full season as a senior advisor to the general manager for the Philadelphia Phillies. For Manuel, now 72, it's likely a role that he will serve in for the rest of his life around the game, though seemingly an inferior one to the one he would have preferred to have.

Though it's evident that Manuel's career as a manager is over, the winningest manager in Phillies history never formally decided to stop being a manager. He was fired by the Phillies in August of 2012, when he was 68 years old. Despite being nearly 70, Manuel got offers to serve as a coach prior to the 2015 season and as recently as last off-season made it known that he was interested in still managing, specifically citing the then-vacant Washington Nationals position as a job that he was interested in.

So why didn't Manuel ever get another shot as a manager?

Age is probably the first place to start, though in many ways it was an unfair disqualifier for Manuel. Manuel is five years older than New York Mets manager Terry Collins, who is the oldest manager in baseball. Though in many ways, simply ruling someone out because of age is silly. If presidential candidates can be in their late 60s or even into their 70s, why couldn't a baseball manager be in that age range? Realistically, how someone ages varies based off of the lifestyle that they lived, not necessarily by their specific age.

In some senses, it makes sense that a young team that was hoping to build a core for the next five to eight seasons wouldn't have been interested in Manuel the past few seasons. Manuel probably wouldn't have managed close to another decade, even if he was hired right after the Phillies fired him. But a situation like the Nationals or the Dodgers, who were both looking for new managers last year to help push already consistent contenders over the top, would have made sense for someone like Manuel. The Nationals even went with Dusty Baker, who is 67, without even interviewing Manuel.

It is true that Manuel isn't the in-game manager that Bruce Bochy or Joe Maddon are, but in both Cleveland and Philadelphia his teams were very successful because he's been a steady presence over veteran clubs. If you can't get someone with the ability to win you games like Bochy, the next best thing for a veteran team is often a battle-tested, players' manager.

As mentioned above, Manuel did get some other undisclosed offers to join coaching staffs, though if you combine both his resume and his age, him taking any coaching job other than a manager was probably never realistic.

In the end, Manuel ended up with a pretty decent retirement gig. The Phillies dispatched him last summer to help in their No. 1 draft pick preparation and regularly have him do some scouting work throughout the season as well. But it's fair to wonder if Manuel was 62 instead of 72, if his 1,000 wins wouldn't have been enough to get him another gig as a manager for a contending team.