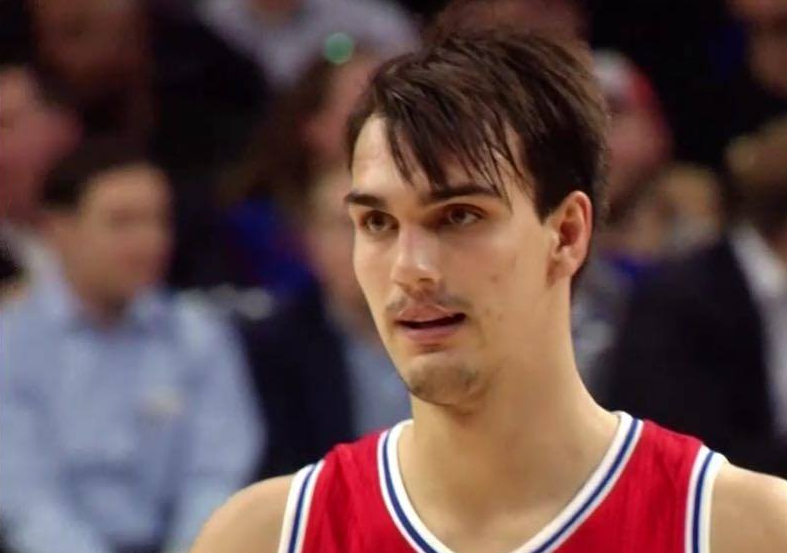 The Philadelphia 76ers (0-5) are back in action at home tonight as the Utah Jazz (4-3) come to the Wells Fargo Center as winners of three of their last four games. Meanwhile, the Sixers will look to snap their 42-game losing streak in the months of October and November after nearly defeating the defending champs on Saturday. Both Joel Embiid and Jahlil Okafor will once again be on 24-minute restrictions.

Oon Saturday night, Philadelphia nearly beat the undefeated Cleveland Cavaliers but ended up on the wrong side of a 102-101 final score. The Sixers found themselves down by as many as 18 points, but they outscored Cleveland by nine in the third and fought back to take the lead late n the game. Unfortunately, they turned the ball over on their final five possessions and the Cavs took advantage to keep their undefeated season going. The Sixers couldn't execute a final play with 7.3 seconds to go as Gerald Henderson was stripped en route to the hoop in what many believed should have been a foul call. There is still plenty to improve upon, but it was a heck of an effort for the majority by the Sixers, who were led by Joel Embiid's 22 points, six rebounds and four blocks. Newcomer Ersan Ilyasova contributed with 21 off the bench with Dario Saric in foul trouble for the majority of this one. Jahlil Okafor shook off the rust and scored 14 points to go along with five rebounds and three blocks as well.

The Jazz are coming off of a win over the Knicks on Sunday as Gordon Hayward made his debut after recovering from a broken ring finger suffered during training camp. He finished with 28 points while George Hill was right behind him with 23. To start the fourth quarter, Utah went on a 9-0 run to take an 87-80 lead and never looked back. The Jazz have defeated the Mavericks, Spurs and Lakers for their other three wins this season.

Utah has won the past seven matchups against the Sixers.

Brett Brown on the team focusing on closing out games:

“The stuff that we’ve been doing that we have to do more of and do better is how do you win a game,” said Brown. “It’s really that simple. What are you doing in the last three minutes, and how do you execute end of game stuff? We looked at it on tape. We’ve been able to sleep on it.”  [Sixers.com]

"We have to learn how to win,” Ilyasova said. “Those experienced teams, they always kind of find a way to win. This is what we have to do. The way I see it, it’s my second game. We have a lot of young talented guys willing to sacrifice themselves, and kind of push themselves farther. It’s all about being on the same page.”  [Sixers.com]

“I’ve been able to shoot,” Bayless said, pausing, “And shoot. That’s pretty much the length of it right now. I can handle [the ball] a little bit. It’s just a process of getting stronger and getting it back where I need it to be to be comfortable to play." [CSNPhilly.com]

“We really do need a win,” Embiid said. “I thought we should have at least three wins right now. But that’s basketball. Great players make plays. Next time everybody’s got to show up.” [CSNPhilly.com]