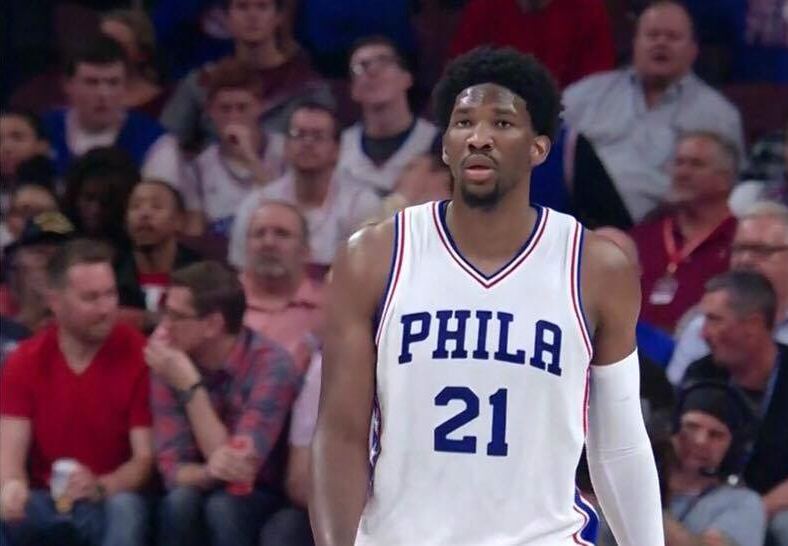 The Philadelphia 76ers (0-2) finish up their opening three-game homestand this evening against the Orlando Magic (0-3) at the Wells Fargo Center. If the Sixers happen to lose tonight, they will double the record for most consecutive losses in October/November with 40, according to ESPN Stats & Info. The next closest is the Memphis Grizzlies, who lost 20 in a row during 1995-96.

Prior to tonight's game, the Sixers acquired Ersan Ilyasova and a conditional first round pick from the Thunder in exchange for Jerami Grant. Ilyasova provides the Sixers with some shooting relief, something they are in desparate need of with a number of players struggling to start the season. Grant, 22, played in 144 games for the sixers averaging 8.2 points and 3.9 rebounds.

Philadelphia is coming off of a 104-72 blowout loss at the hands of the Atlanta Hawks on Saturday. Robert Covington and Gerald Henderson went a combined 0-for-10 from the floor and 0-for-6 from beyond the arc. Dario Saric continued to struggle offensively as well, scoring just five points on 2-for-9 shooting. Luckily, we still got to see a somewhat strong game from Joel Embiid, a 14 point effort to go along with two rebounds and two blocks. Sergio Rodriguez added 14 points as well in addition to five assists and four rebounds. The Sixers just couldn't consistently defend the Hawks quick-passing, fast paced offense. Their inability to shoot well didn't help either, putting together a measly 35 percent shooting percentage compared to 49.4 percent by the Hawks. Philadelphia also turned the ball over 20 times, leading to 22 Atlanta points.

The Magic couldn't dig themselves out of a 13-point first quarter deficit against Cleveland on Sunday, falling by a final score of 105-99. Orlando did make a surge in the final quarter, outscoring the Cavs by 12 only to lose their 15th straight game to them. Cleveland led by as many as 22, but the Magic cut it to three with four minutes to play. J.R. Smith's long range shooting and 11 fourth quarter points sealed the victory for Cleveland. Evan Fournier led the Magic with 22 points, five assists and two rebounds. Serge Ibaka contributed with 19 points and seven rebounds while D.J. Augustin scored 13 off the bench. One of the Sixers 10 wins last season came against the Magic.

“He’s a terrific, terrific talent,” said Orlando coach Frank Vogel, a Wildwood native and former Sixers assistant.  “They are lucky to have him.”

“They play him through the elbow a lot,” Vogel said, “and then the pick-and-pop through the three-point line, he completes it.  He has it all.”

“To come back and play at a high level this quick is impressive,” Vucevic said. “He’s been moving really well. He can move, shoot the ball and dribble.”

"I need to settle down," he said. ". . . I feel my time will come and I just have to work hard in practice and that is the key for success."