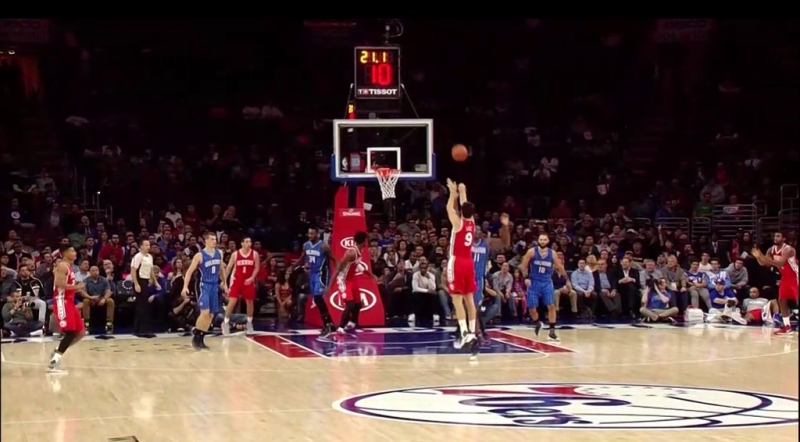 The Philadelphia 76ers (0-7) play the second half of a home-and-home with the Indiana Pacers (4-4) tonight at the Wells Fargo Center. The two teams played in Indianapolis on Wednesday, with the Pacers prevailing in overtime 122-115. Although Gerald Henderson's go-ahead three with under six seconds to go seemed to put the Sixers in position for their first win, Paul George's game-tying jumper sent things to overtime, where Indiana took control.

Robert Covington highlighted the Sixers offense on Wednesday, showing that he's somewhat regained his shooting touch. After missing 25 of his first 30 three-point shots, he's looked much better recently, hitting eight of his last 13 combined against the Pacers and Jazz. With Joel Embiid back in Philadelphia for individual workouts, Jahlil Okafor got the start and offensively, he was solid, scoring 15 points on 7-for-11 shooting while also blocking two shots and looking more aware defensively. Hollis Thompson, the longest tenured Sixer, sparked the offense off the bench with 19 points, including 3-for-6 from downtown. Also, Dario Saric tallied his first NBA double-double with 14 points and 12 boards.

One of the more concerning stats from Wednesday was the continued struggles of Sergio Rodriguez. The Sixers starting point man was pretty efficient in both scoring and passing through their first three games, but he's lost his shooting touch as of late. Over the last four games, he's shooting just 24.4 percent from the floor (10-for-41) and hasn't hit a three-pointer in any of his last 11 attempts.

On the Pacers side of things, Wednesday's win was led by veterans Jeff Teague and Paul George, who combined to score 55 of the teams' 122. Teague ripped off nine straight points for the Pacers late in the fourth and Paul George forced overtime and scored seven of his 28 points in the extra five minutes.

Indiana is 0-4 on the road and the Sixers nearly beat them on Wednesday, so Philadelphia's first win could come tonight.

Brett Brown on setting the franchise record for defeats as a coach:

"The position that I have is so much more than that," Brett Brown told the Philadelphia Inquirer. "We are trying to grow a program with a bunch of 20-year-olds. I don't even care about it nor think about it."

“I am a complete receiver,” Brown said Thursday after practice. “I sit here and am told, 'This is the deal.' Who am I to say, ‘Well, I think that’s garbage?’ The degrees and the expertise and the firepower that we have behind me in that part of our building is massive and highly respected, worldwide respected.”

Jahlil Okafor after the Sixers loss on Wednesday:

“We’re really close,” Okafor said. “Right now everyone’s frustrated because we feel like we let that one go right there.” [CSNPhilly.com]