Mason,Flyers rebound with victory over Winnipeg 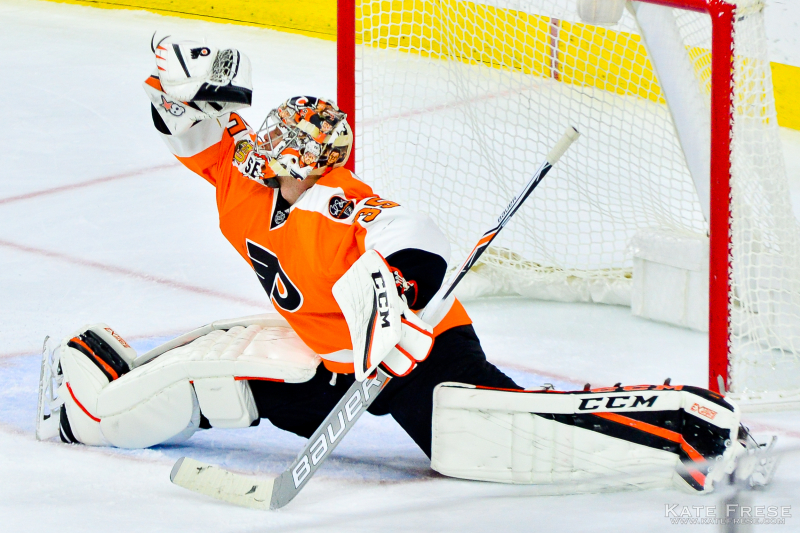 Travis Konecny gave the Jets an early power play when he was called for slashing at 4:31. The penalty killers and most especially Steve Mason kept Winnipeg off the scorebboard.

The Flyers were held without a shot for the first nine plus minutes of the opening period. They made the shot count. Sean Couturier gave the Flyers the lead at 9:31. Couturier walked in from the circle and beat Connor Hellebuyck. Konecny picked up the lone assist.

Michael Raffl extended the lead just 34 seconds later. Raffl took a pass from a sliding Matt Read and buried his third of the season. Radko Gudas had the second assist.

The Flyers were out shoot 9-5 in the period but Mason had all the answers to keep it 2-0 after 20 minutes of play.

Dustin Byfuglien would cut the lead to 2-1 at 6:51 of the second. Byfuglien scored his first of the season off a great pass from Nicolas Petan. Marko Dano had the other assist.

Mark Streit would make a two goal lead 12:58. Streit blasted a shot home from th point for his fourth of the season. Ivan Provorov and Claude Giroux picked up the assists.

It looked like the Flyers might get out of the second period holding that two goal lead but Winnipeg had other ideas. Blake Wheeler pulled the Jets back to within one with his sixth of the season at 17:19.

Wheeler slammed home the puck in tight after some tic tac toe passing by Nikolaj Ehlers and Mark Scheifele. Mason had no chance on either Jets goal.

The Flyers had one last chance late when Brayden Schenn hit the post with about 10 seconds left in the period. It did not go and the teams went to the locker room with the Flyers holding a 3-2 lead after 40 minutes.

Wayne Simmonds extended the lead 5:46 into the third. Simmonds potted his ninth of the season after Andrew MacDonald's shot was partially blocked from the point. Schenn picked up the other helper.

The Flyers would get a chance to ice it late in the third when Chris Thorburn went to the box for interference. Winnipeg killed off the penalty.

Brandon Manning would put it away with an empty net goal with just about a minute to play to give the Flyers the 5-2 victory.