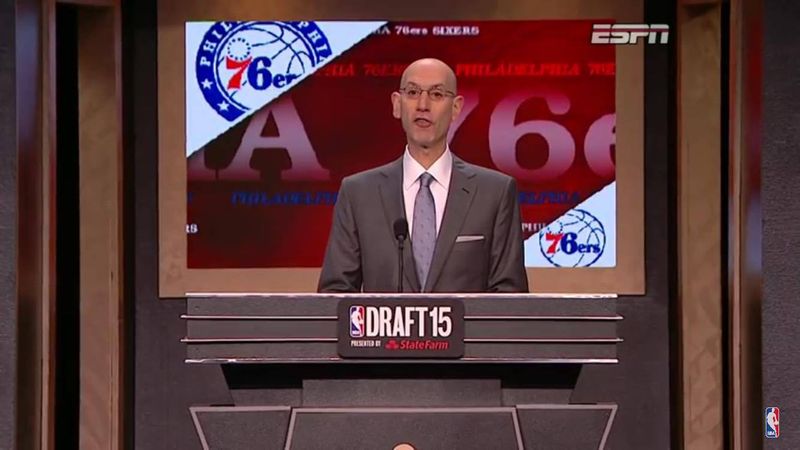 Given the injury to Ben Simmons, it’s no secret that the excitement surrounding the front end of the 76ers season had taken bit of a blow. Joel Embiid has helped soften that blow, but given his minute restriction and the fact that he cannot play in back-to-back games, there isn’t too much that gets your blood pumping in regards to the 76ers.

Fear not, though, because I’m here to tell you that the real fun begins during the 2017 offseason. This is where the 76ers turn the corner. Regardless of how one may feel about Sam Hinkie, he has put the 76ers in a prime position to ascertain some incredible players coming out of a 2017 draft class that has been compared to the draft class of 2003 in terms of depth. There won’t be just one team changing superstar but 10-15 players who can quite possibly come in and make an instantaneous impact.

In a very recent interview, Soxers head coach Brett Brown let us know that he plans on having Ben Simmons primarily play point guard. Now, nobody will protest this move because it’s genius given Simmons is most comfortable running the offense BUT that made me start to wonder what implications lie ahead for us during the 2017 draft. Because this draft is top heavy with stellar point guard talent, I had been focusing most of my time prospecting the four freshmen who I think will be the first to come off the board. But Brett Brown’s comments forced me to think a tad bit less on the granular side and view the other possible selections that could come to be, aside from the point guards.

1st round pick – 76ers or Kings (Sixers get better of their own pick or Kings pick).

2nd round pick – The most favorable pick out of Golden State, New York, Detroit, and Utah.

2nd round pick – The least favorable pick out of Golden State, New York, Detroit, and Utah.

The class of 2017 is widely heralded as it boasts some incredible talents, specifically at the point guard position, a position in which the 76ers need depth desperately. Regardless, when it is all said and done, we could quite possibly come out of the fray with two lottery picks in the 2017 draft.  While we may have to temper our excitement for the 76ers until Ben Simmons comes back from injury, I’m going to give you a few college players that you should keep an eye on in the meantime.

This young man is already drawing comparisons from Russell Westbrook, as he stands at 6’3 and is a solid 195 lbs at 18 years of age. He ran away with the ranking of the #1 PG prospect in last years’ high school senior class before tearing his ACL a year prior. With the injury well behind him and choosing to enroll in North Carolina State, Smith was given the keys to the offense as an incoming freshman for the 2016-2017 season. He is far and away the best athlete of this class at the point guard position and can play very well off the ball which is something to keep in mind given Ben Simmons needs the ball in his hands to be at his best. He has the capabilities to play and guard the two spot regardless of his stature. He’s as tough as they come. Smith Jr. is currently averaging 18.7ppg, 3.9rpg and 5.1 apg thru 7 games.

Markelle Fultz, University of Washington- Currently the #1 prospect via DraftExpress

Fultz is easily the most well rounded of all the point guard prospects in this years’ class, actually of all prospects period.  At 6’4 and 195 lbs he already has a favorable NBA build and is going to only fill out even more. He has all the tools to be a superstar at the next level, athleticism, scoring prowess, passing accuracy, defensive acumen all bound in one prospect.

Coming off being named FIBA U18 MVP this summer he is the undisputed leader for the University of Washington Huskies during this young season. Look for him to continue to dominate on both sides of the ball early and often. Fultz is currently averaging 22.7ppg, 6.7rpg and 6.6apg thru seven games played.

Ball has to be one of the more unique talents that the 2017 draft will see as held the title as the #1 ranked point guard prospect for the class of 2016 in the nation according to ESPN. Gifted with probably the best vision we’ve seen from a point guard in years and coupled with a corkscrew of a jump shot, he is mesmerizing on the court. His passing is impeccable, point blank; it doesn’t get better than what he has to offer. Coming from the run and gun powerhouse of Chino Hills High School, he loves to launch full court passes and get out on the break. He is already leading this years’ UCLA Bruins in the exact same manner. Ball is currently averaging 14.6ppg, 4.6 rpg and 9.6apg thru eight games played.

Fox might be the most exciting of the aforementioned bunch. The Kentucky Wildcat stands at 6’4 with a lanky 175 lb build. He’s lightning quick, has a fantastic handle and incredible bounce ability. He’s a volume shooter so it’s hard to say how he’ll translate into a scorer at the NBA level but he will be a special talent nonetheless. There’s no doubt in my mind that John Calipari will mold him in just the right ways that will help his game ascend to the next level.  He may be the biggest stretch for Philadelphia given his style of play but so much can change between now and June 22nd, 2017. Fox is currently averging 15.3ppg, 5.7rpg and 7.6apg thru 7 games played.

Monk has flown up draft boards since his debut for the Kentucky Wildcats. He is a combo guard standing at 6’4 and weighing in at 185lbs. His builds reminds me that of a young Dwyane Wade’s from his time at Marquette. Monk has insane athletic ability and even better three point shot to compliment his athleticism.

Malik Monk gives us all what we've been waiting for with this spectacular windmill dunk. #BBN pic.twitter.com/8iGZLajtoQ

He could very well slide in very nicely beside Ben Simmons and be that next level catch shoot asset that we’ve yearning for. Aside from being able to create his own shot off the dribble, he also has the ability to get out and go on the fast break, something Simmons loves to do. Monk is currently averaging 19.3ppg, 2.9rpg and 2.7 apg thru seven games played.

NBA Draft experts fawn over Josh Jackson’s ability to understand the game of basketball. I think, among other things, this is what sets him apart from most. He stands at 6’8 and weighs in at 203lbs. He is a dynamic athlete, strong finisher above the rim and is lock down defender. Once he is keyed in on his defender they’d be hard-pressed to find an easy bucket. His jump shot right now is a work in progress and isn’t the most consistent but what he lacks there he makes up everywhere else.

You can’t really say he does just one thing really well and call it a day, he does a lot of things on the court at a high level and that is what makes him special. He is another jack of all trades floating amongst this outstanding draft class of 2017. Jackson is currently averaging 14.6ppg, 5.7rpg and 3.3apg thru seven games played.

Jayson Tatum (Duke) currently ranked #6 prospect via DraftExpress. He has yet to suit up due to a ankle injury but he is a very tantalizing prospect and will make an instant impact when he returns.

Jonathan Issac, OG Anunoby are also two players that I believe the 76ers should look at acquiring should the lottery gods bless us with another pick outside of the top five.

You should make it a point to get in front of your television anytime one these players are in action. I can almost guarantee that if (WHEN) we are in the lottery again, you should prepare yourself to here one of these names called come draft day.