Eagles Flyers Phillies Sixers Union About Us Write For Us
Mason, Flyers Best Capitals in Shootout
Joe Wowk: The Voice of PPL Center 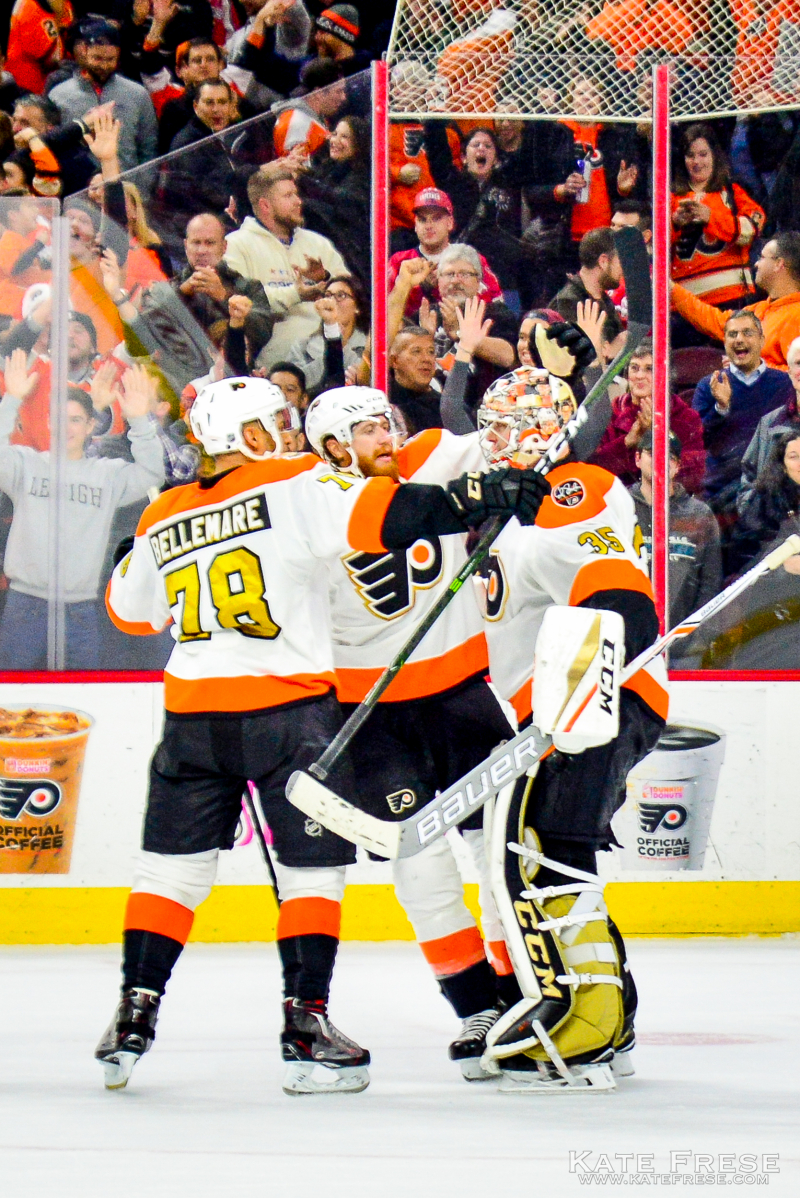 After two games out of the win column, the Flyers returned on Wednesday. A 3-2 shootout win over the Washington Capitals marked the Flyers 11th win in their last 13 games.

With just one game left before heading into a holiday break that keeps them off for five days, the Flyers determined effort against one of the Eastern Conference's hottest teams was a good test, and they passed.

Here are 10 Postgame Points from the Flyers win over the Capitals.

It's late December and the Flyers are now 35 games into their season. They have 20 wins, four coming in the shootout.

This is a team that is embracing a style of play that requires constant energy and attack. They are starting to come around defensively. The offense is still there and continues to be timely. For a change, the Flyers are ahead of the curve when it comes to trying to establish a place in the playoff picture. We've seen what happens when you have to chase a spot all season. The Flyers aren't chasing on right now.

The Flyers have one more game before a stretch of 12 games in 22 days of December comes complete. They can put an exclamation point on a tremendous stretch in New Jersey on Thursday.