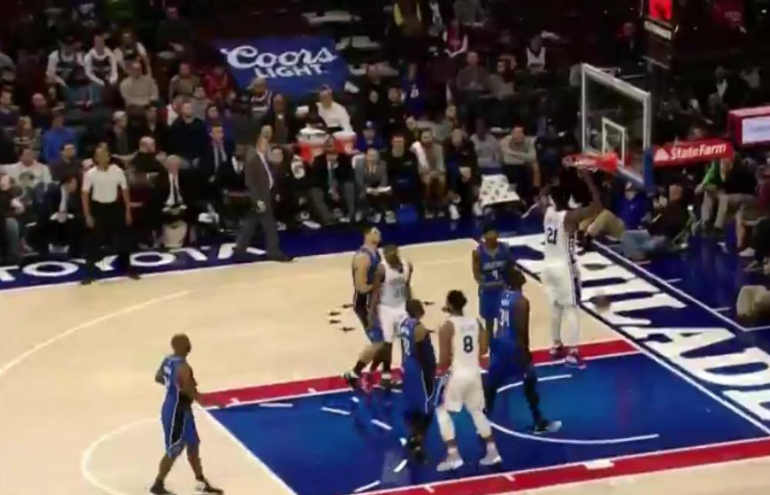 When Sixers fans look back at the highlights of the season, this game is probably one to skip overall. The team struggled as a whole even with Embiid and Okafor putting up double-doubles and they fell to Orlando 105-88.

It wasn't a particularly great start for the Sixers. Their shooting was pretty poor in the first quarter but they managed to not let Orlando get too comfortable. Evan Fournier scored 15 in the first half for the Magic with Jeff Green putting up 10 of his own. Nikola Vucevic took care of the rebounding with six in the first half. As for the Sixers, it was pretty mediocre save for Joel Embiid's 13 points six rebounds. Jahlil Okafor would get five rebounds off the bench but was pretty quiet offensively. The Magic would conclude the half up 48-42.

The second half was a much different tale and the Magic pretty much dominated it. The lone bright spot would be Embiid finishing with 25 points and 10 rebounds. Okafor would also double-double with 16 points and 13 rebounds. Not a whole lot else positive for the Sixers. Other than that, the team is proving once again to be quite brutal when Embiid is not on the court, posting a -22 when it was just Okafor as the center.

On the Orlando side, Aaron Gordon lead the team in scoring with 20 while Vucevic finished with his sixth consecutive double-double with 12 points and 11 rebounds.

The Sixers remain home tomorrow night for the classic rivalry against the Boston Celtics at 7:30. We will not be seeing Joel Embiid.