Roy Halladay once worried that Phillies fans wouldn't like him 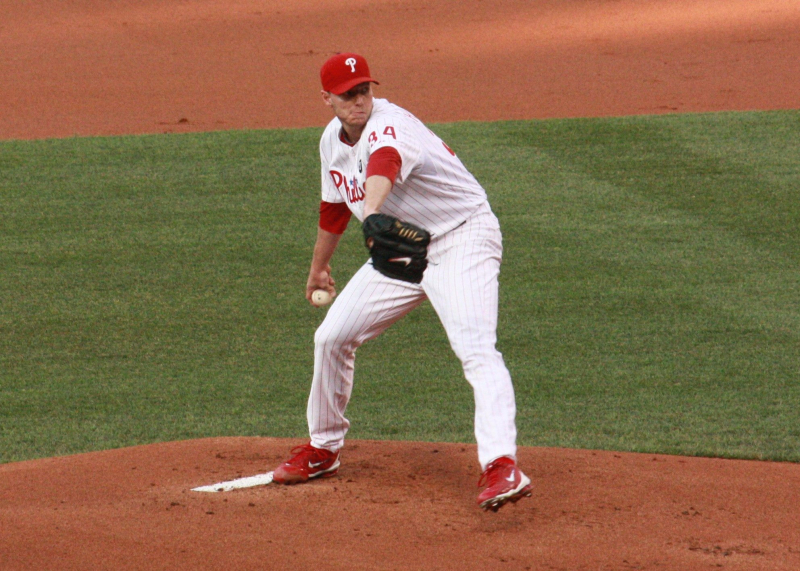 Roy Halladay only played four seasons of his career that's destined for the Baseball Hall of Fame in Philadelphia. Only two of those seasons, 2010 and 2011, contributed positively to his Hall of Fame resume. Yet Halladay is likely to eventually be given the best honor that Phillies fans can help give a former player - election to the team's Wall of Fame.

It's strange to imagine Halladay as anything but loved in Philadelphia, but the two-time Cy Young Award Winner told David Gambacorta of Philadelphia Magazine that he once feared that both fans and his new teammates wouldn't like him:

The trade also left him a little worried. What if the fans and the guys on the team resented him? (We pause here to note here that in addition to a hell of a right arm, Halladay also possesses an otherworldly amount of humility.) “There couldn’t have been a more popular player at that time with the Phillies than Cliff. They had just gotten a taste of him. The newness hadn’t even worn off yet. It was put out there like I was replacing Cliff. And then they gave me number 34, the same number he had, and it was even more like I was replacing him. I honestly anticipated people were going to be upset.”

Halladay is, of course, referring to the fact that when he was acquired by the Phillies in December of 2009, the team traded Cliff Lee to Seattle, a little over a month after Lee and Chase Utley nearly willed the Phillies to a second consecutive World Series title.

Trending: Is there a growing disconnect between the Phillies front-office and coaching staff?

Certainly, the Halladay trade for many fans was a bittersweet one. On one hand, the Phillies were getting a future Hall of Famer at the back-end of his prime. On the other hand, they traded a piece who had become a playoff hero just over a month ago, one that many thought the team should have instead paired with Halladay for a season. Halladay even admitted in the article that he was disappointed once he learned that his entrance to Philadelphia meant that Lee had to exit.

Halladay endeared himself to Philadelphia almost immediately, throwing an Opening Day complete game over the Washington Nationals to begin the 2010 season, en route to a Cy Young. However, while Halladay threw a perfect game and postseason no-hitter that season, Lee may have had his best individual season in 2010, as he posted a 7.0 WAR between the Seattle Mariners and Texas Rangers and the Phillies were forced to watch Lee again pitch his team to a pennant.

Lee became a free-agent after 2010, signing a five-year/$125 million deal to join a rotation that now also included Roy Oswalt, along with Halladay and Cole Hamels. Halladay opined in this must-read article that 2011, the first season with Lee, was one of the most "exciting" years in his career.