Sixers will be without Embiid and Okafor on Tuesday 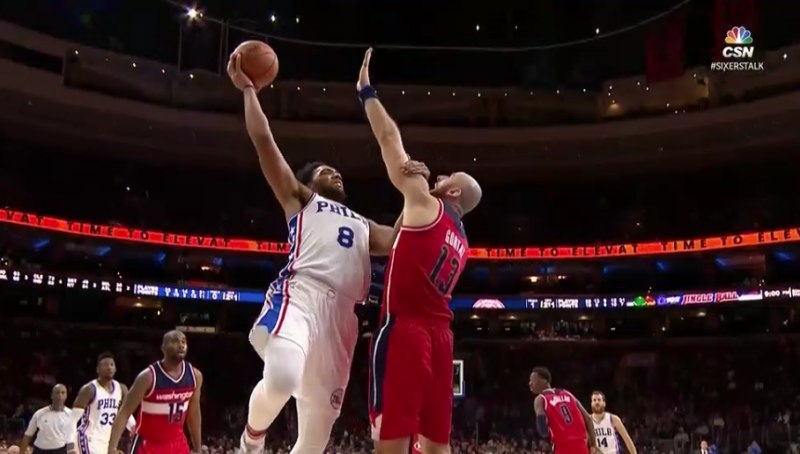 The Philadelphia 76ers are at home getting ready to square-off against the Denver Nuggets this evening with Joel Embiid scheduled to play 28 minutes. Fellow center Jahlil Okafor has been ruled out with gastroenteritis and prior to tonight's game, it was revealed that he will not make the trip to Memphis tomorrow.

Pre-game update:
•Okafor out tonight (gastroenteritis); will not travel to Memphis, status for New Orleans to be determined

With Embiid still not cleared to play in back-to-back games and Okafor staying in Philadelphia on Tuesday, that leaves the Sixers without their top two centers as they head to Memphis for a match-up with Marc Gasol and the Grizzlies for the second half of a back-to-back.

All signs point to Richaun Holmes getting the start at center tomorrow with both Ersan Ilyasova and Dario Saric likely to see time at the five spot as well. Holmes, 23, has provided energy off of the bench when called upon this season, averaging 6.6 points and 4.3 rebounds in 15.4 minutes per game. With Embiid and Okafor taking up the minutes at center, head coach Brett Brown admires how Holmes has dealt with the logjam at center.

"I have tremendous respect with how he's handled things. He's kind of like a band-aid," Brown said about Holmes prior to Monday's game against Denver.

Holmes is shooting 51.9 percent overall this season and 41.9 percent from three-point range, well above his career average of 24.6 percent.