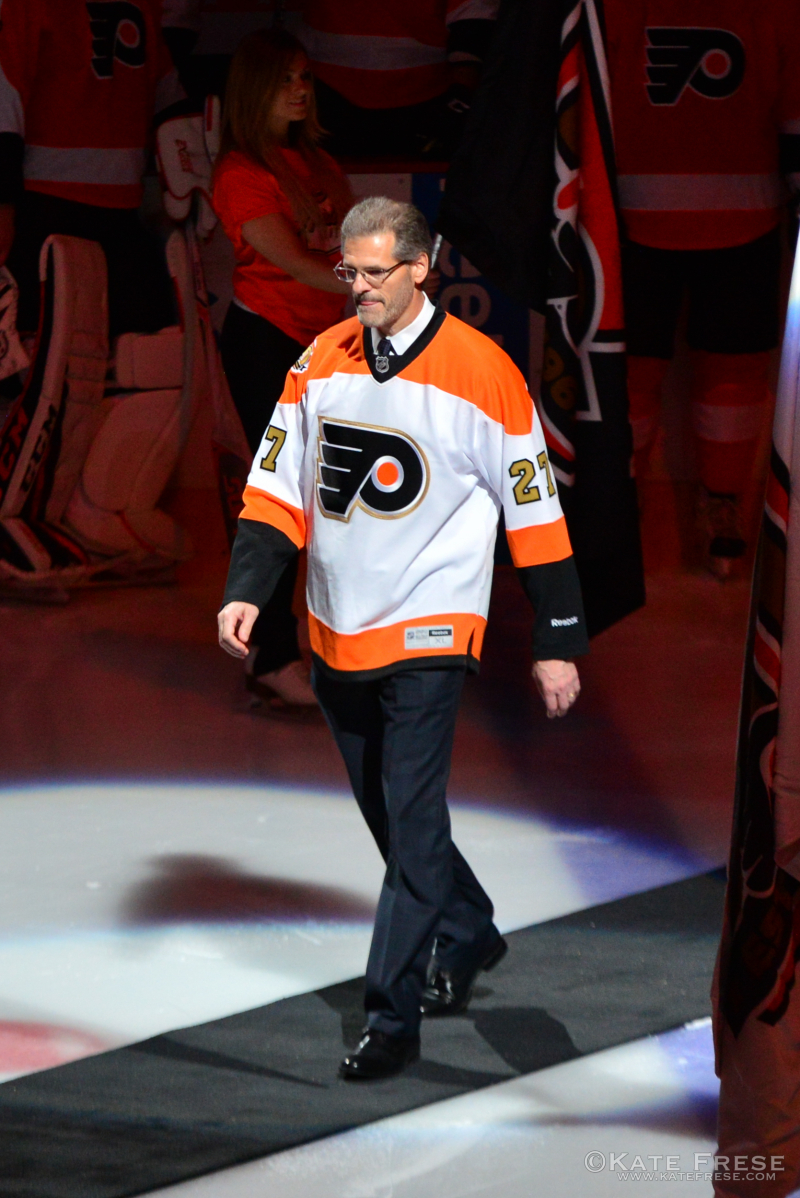 There's no doubt that in Ron Hextall's 13-season NHL career, he was one of the more commanding goaltenders of his time. Whether or not he was scoring goals, laying the lumber or taking exception to opposing goal celebrations, he was one of a kind.

Not only is his swashbuckling style sill embraced among Flyers fans to this day, it still serves as a lasting influence throughout the league. This influence isn't just exclusive to North America, though — it's made its way across the pond.

Jere Myllyniemi, a cagey-veteran goaltender in Liiga, the top Finnish professional league, has paid tribute to Hextall with a new mask. Not only does it feature the signature down-pointing arrow, several pictures of Hextall are prominently featured throughout the mask.

Thanks to the ever-reliable Google Translate, the caption reads "here is the mask as a whole!" Overall, it's a pretty sweet design.

Currently between the pipes for Pelicans (a team in Southern Finland featuring a remarkably-excellent logo), Myllyniemi has played in Liiga since 2002. He joined the team in the 2011-12 campaign, played with them until 2015-16 when he joined HPK and just re-joined them last week, after stints with Ilves and HIFK. He has also spent time with Saipa and the now-defunct Espoo Blues.

Finland-based Teme Designs was commissioned to design the mask.

Nowadays, Hextall's legacy is furthered in his patient approach to building a contender, and his savvy way to rid the Flyers of bad contracts from the past. It's still good to see his playing days fondly remembered, though.