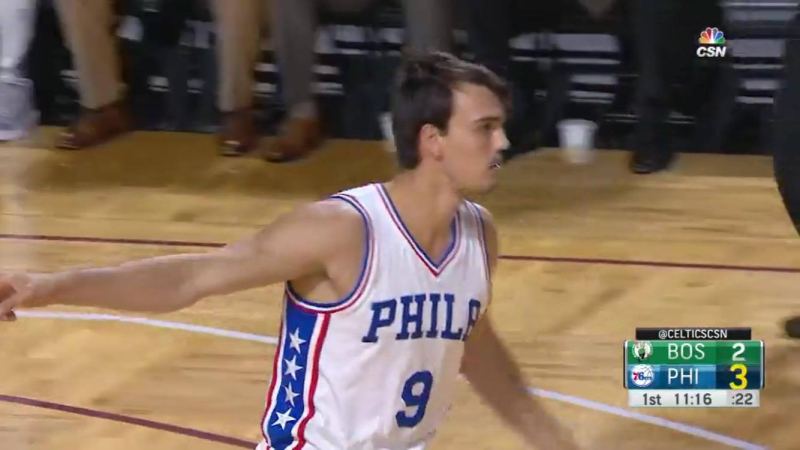 A trio of Philadelphia 76ers will be heading to New Orleans for All-Star Weekend. Joel Embiid, Jahlil Okafor and Dario Saric have been selected to participate in this year's BBVA Rising Stars Challenge on Friday, February 17th. The game will pit USA vs. The World with Okafor joining the US and both Embiid and Okafor set to play on the World roster.

Embiid, 22, is averaging 19.8 points, 7.8 rebounds and 2.5 blocks per game in his rookie season all while being on a minutes restriction. Embiid has already won two Eastern Conference Rookie of the Month awards and was honored with the conference Player of the Week for his performance in three games from January 16-22. He leads all first year players in scoring, rebounds and blocks.

Okafor, 21, has been relegated to a bench role for the majority of the season, but has still shown the ability to be an effective offensive center in the NBA. He's averaging 11.2 points and 4.8 rebounds per game this season. Okafor has started 16 games and come off the bench in 15 of them.

Saric, 22, joined the Sixers this season after two seasons in Turkey and has really come into his own as of late. He's averaging 9.8 points and 6.1 rebounds in January. Although his field-goal percentage for the season is low, Saric has a very gritty way about himself that makes him an effective player on both ends of the court.

Here are the complete rosters for the game:

There's a good chance we could see a starting front court of Embiid and Porzingis for the World Team. Meanwhile, Jahlil Okafor will get the opportunity to square off against his rookie teammates.