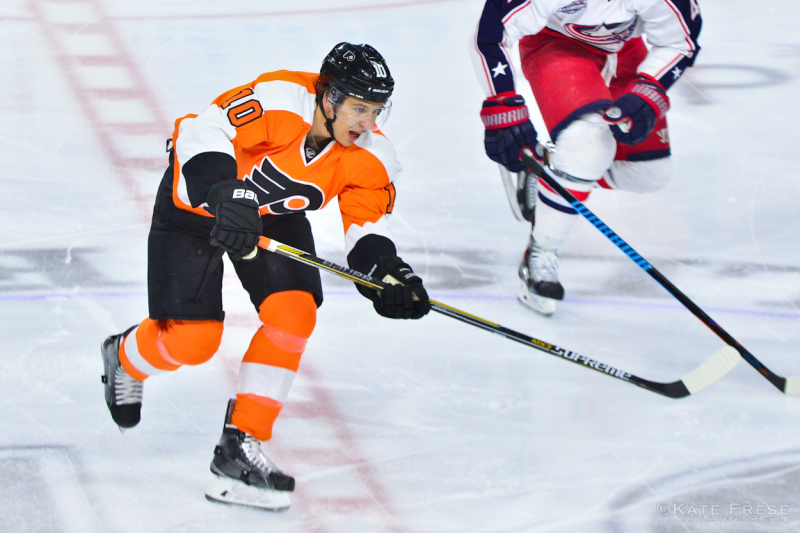 The Philadelphia Flyers (21-15-5) look to make it back to back wins as they head to Ohio for a showdown with the division leading Columbus Blue Jackets (27-7-4) on Sunday night. This is the first of four meetings between the two teams and first of two in Columbus. The opening face-off is set for 6 p.m.

Travis Konecny was one of the most noticeable Flyers on the ice yesterday afternoon. The rookie winger seemed to get scoring chances every time he touched the puck. Konecny will look to continue his strong play tonight.
Former Flyers winger Sam Gagner has seen a rebirth this season in Columbus. Gagner was never able to keep a spot in the lineup in his one season in Philadelphia. It has been the total opposite with the Blue Jackets. Gagner is a key contributor to the Jackets offense scoring 30 pts in 37 games so far this season.

Steve Mason got the day off yesterday as Michal Neuvirth returned to the lineup for the Flyers. Mason looks to get the start tonight. He will look to find the consistency he had in leading the Flyers to a 10 game win streak earlier this season.

Sergei Bobrovsky has been outstanding this season for Columbus. His 25 wins leads the NHL in that department and he is once again playing up to his Vezina Trophy level of play. The Flyers will have heir hands full trying to get a win against their former netminder.