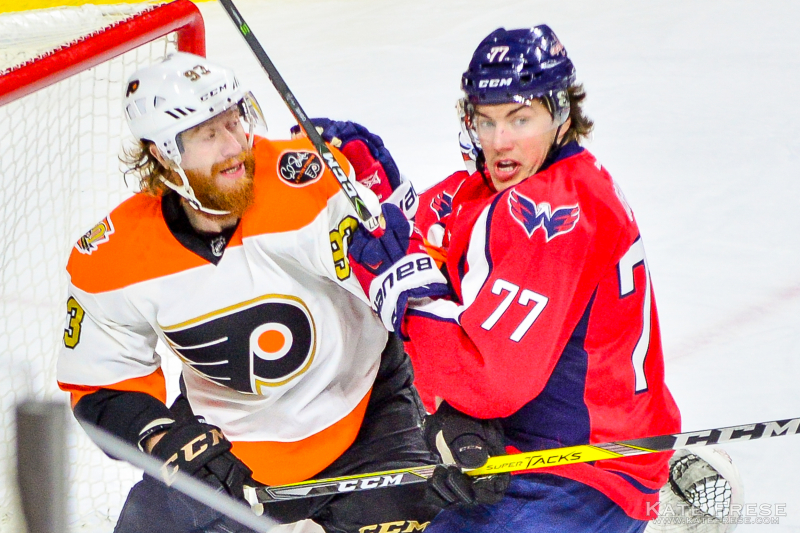 The Philadelphia Flyers (22-17-6) are right back at this afternoon as they travel to the red hot Washington Capitals (28-9-5). This is the Flyers last game before their league mandated bye week. Opening faceoff is set for 1:00.

The game is the second of four and first of two games in Washington against their Metropolitan Division rivals.

Philadelphia is coming off a lackluster 6-3 loss in Boston yesterday. Washington on the other hand last played Friday when they won their eigth straight game with a 6-0 defeat of Chicago.

Sean Couturier will most likely get a heavy dose of Alex Ovechkin this afternoon. This is not unusal for Couturier. The young center typically draws the toughest defensive assignments each and every game. Playing with Jakub Voracek, the goal will not be to just shut down the Capitals top line but to generate scoring themselves.

You did not read that wrong. John Carlson is +9 in his last five games. It's not just because he was on the ice when someone else scored either. The Capitals defenseman has five points in thos five games as well. He has recently been a Flyers killer from the back end. The wingers will have their hands full keeping him in check.

After getting yesterday off, Steve Mason will be back between the pipes for Philadelphia this afternoon. Mason made 36 saves in his last outing against Washington picking up a 3-2 shoot out victory back in December

Braden Holtby firmly entrenched himself in the list of elite goal tenders in the NHL. Last year's Vezina Trophy winner is playing like he wants a repeat this season. If Holtby brings his usual game to the rink today, the Flyers will have a tough time picking up a win.