Former Phillies OF Domonic Brown Gets a Chance in Rockies Organization 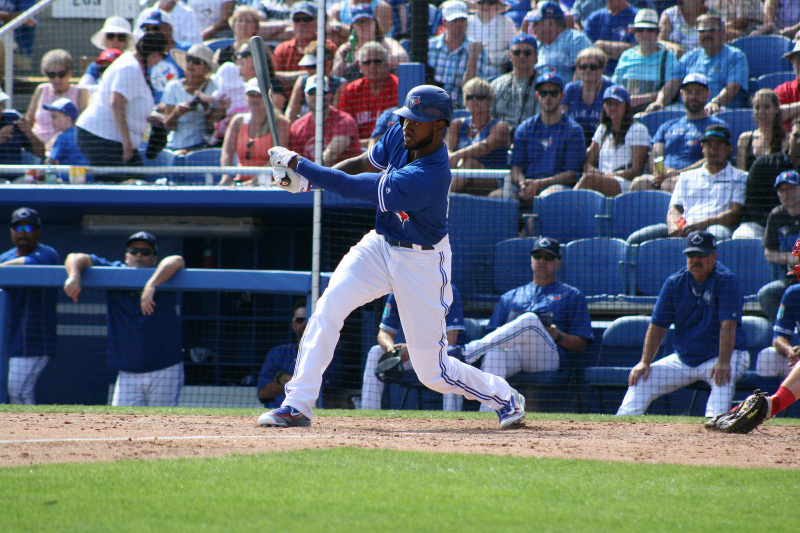 When the Phillies and Toronto Blue Jays were engaged in trade talks in 2009 and 2010, the Blue Jays reportedly wanted two players pretty badly: pitcher J.A. Happ and outfielder Domonic Brown.   Last offseason, the Blue Jays signed both former Phillies, who had very different results.   On the mound, Happ went 20-4 and helped lead the Blue Jays into the playoffs.  But Brown, who signed a minor league deal, never managed to get out of Triple-A Buffalo.  Brown will get another chance with another organization in 2017.

According to Jeff Passan of Yahoo Sports, Brown has signed a minor league deal with the Colorado Rockies:

Source: Rockies sign Domonic Brown to minor league deal. Three years ago, an All-Star who looked like a future star. Now 29 and a long shot.

The Rockies are very deep in the outfield at the Major League level.

The Rockies employ starters Charlie Blackmon, Carlos Gonzalez, and Gerardo Parra, and that does not even include rising star David Dahl, who may claim one of those outfield spots.  Therefore, the Rockies would likely have to be down two outfielders before Brown would get a shot.  However, he would have to prove he belongs in the Major Leagues.

Brown played in 126 games for the Triple-A Buffalo Bisons in 2016, making 464 at bats.   Brown hit just seven home runs and drove in 38 runs, batting .239 along the way with a .639 OPS.  Even injuries at the Major League level to the Blue Jays were not enough to warrant a promotion for Brown.