Eagles Flyers Phillies Sixers About Us Write For Us
Previous month:
December 2016
Next month:
February 2017

Todd Zolecki of MLB.com says that an announcement from Comcast SportsNet Philadelphia saying that they have formally hired Kruk is imminent. Zolecki also noted that Kruk seems extremely committed to his new position, both in terms of the amount of games he will work and the length of his deal: Philadelphia 76ers rookie Joel Embiid suffered a left knee contusion against Portland on January 20, missed three games and returned against the Rockets on Friday to score 32 points in 27 minutes. Embiid was held out of the first night of the Sixers back-to-back in Chicago on Sunday, and many thought he'd play tonight, but he'll the makeup game against Sacramento and won't travel with the team to Dallas or San Antonio this week for the first leg of their road trip. His status for Miami and Detroit on February 4 and 6 is up in the air. 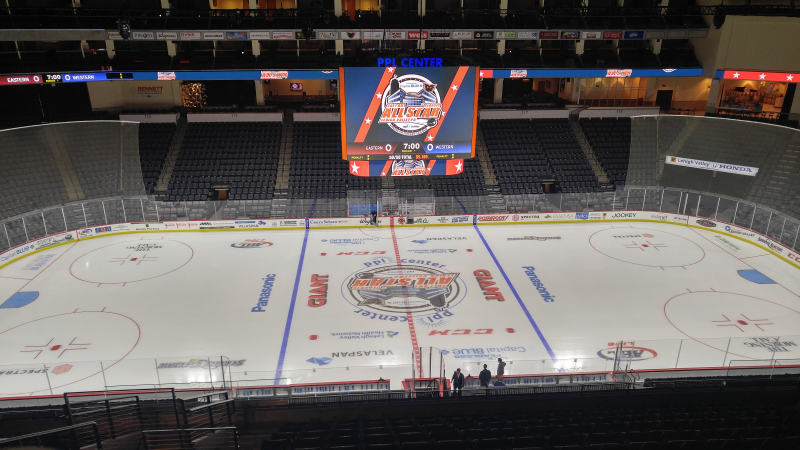 On Monday night, PPL Center is expected to be sold out yet again this season. Only this time around, it will be the entire AHL and its brightest stars on display in the 2017 AHL All-Star Classic.

Three of the Phantoms top players will look to do what Wayne Simmonds did for the Flyers, and bring home a divisional win and perhaps an MVP award to the organization.

Those three Phantoms are forwards Taylor Leier and Jordan Weal, along with defenseman T.J. Brennan.

The Philadelphia Eagles have a lot of holes to fill this offseason and are working on evaluating their current roster to see who stays and who goes. One of those players is defensive tackle Bennie Logan. The 27-year-old just finished his fourth season with the birds and if the Eagles don't resign him before March 9, he'll hit free agency, where another NFC East team might be ready to make their move. According to Mark Eckel of NJ.com, the Washington Redskins plan to pursue Logan in free agency if he's available.

The Philadelphia 76ers decided to sign point guard Chasson Randle to a three-year contract on Monday after he completed two 10-day deals with the team over the past few weeks.

The Philadelphia 76ers (17-29) host the Sacramento Kings (19-28) this evening in the rescheduled game from November 30, when they were postponed due to unsafe playing conditions on the court. The Sixers have lost their last two after winning five of seven while the Kings have won three of their last four. Tonight's game has an earlier start time of 6:00 p.m. with the Kings having to fly to Houston for a game on Tuesday.

Joel Embiid will not play tonight as the team will continue to be cautious about his left knee contusion. According to the Sixers latest medical update, the 7-foot-2 center id doubtful for the teams' upcoming trip to Dallas and San Antonio and his status for Miami and Dallas at home is up in the air. Jahlil Okafor will start in his place. Brett Brown mentioned after shootaround on Monday that Okafor has handled the center situation like a star. He'll get 4-5 minute clumps tonight.

Wayne Simmonds was back where it all began on Sunday. Back in the arena where he scored his first NHL goal in his third NHL game as a 20-year-old. Back in the arena he called home as a member of the Los Angeles Kings for three seasons after being their second-round pick in 2007.

On Sunday, Simmonds was the Most Valuable Player and scored the game-winning goal for the Metropolitan Division, taking center stage alongside names like Crosby, Ovechkin, McDavid, Carter and Doughty.

The player who the Flyers acquired as part of a major roster shakeup, one who wasn't even the highlighted player in the trade return, was regarded as the best player on the ice on Sunday, and has been among the Flyers best for six seasons now, bringing his career truly full circle.

The Eagles offensive line went through some ups and downs in 2016 and as we turn the page to 2017, there are a lot of questions that need to be answered.

The team needs to consider the age of Jason Peters, the cap hit of Jason Kelce and the upside of guys like Halapoulivaati Vaitai and Isaac Seumalo when making their decisions over the next few months.

The Pro Bowl was held in Orlando on Sunday night with the AFC edging the NFC by a score of 20-13.

In game heavily dominated by field goals, two second-quarter touchdowns by the AFC helped provide the margin of victory. The Philadelphia Phillies haven't had a winning season since 2011 and are unlikely to end that run in 2017. Still, the organization is viewed very favorably around the league.

As part of a Spring Training preview of the Phillies, John Perrotto of FanRag Sports spoke to an anonymous league executive who raved about the club's organizational power structure, their farm system and long-term ability to become a free-agent destination: