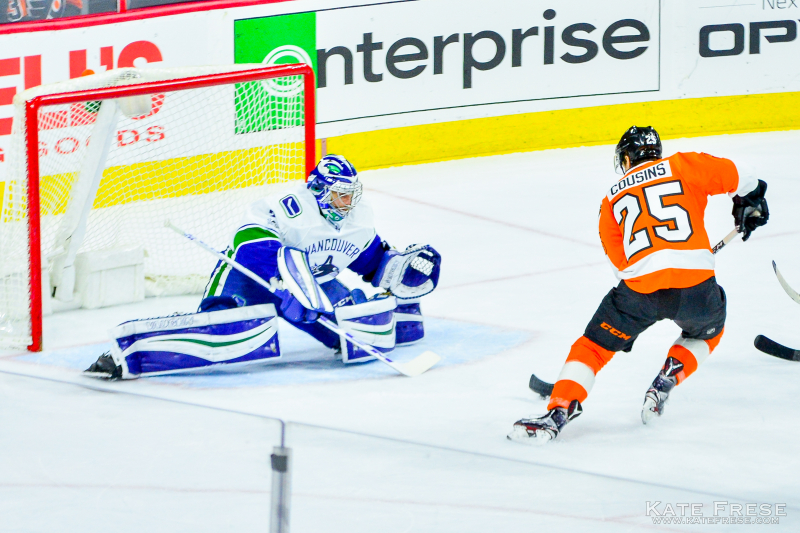 The Philadelphia Flyers (27-24-7) close out a three game western Canada road trip tonight as they visit the Vancouver Canucks (26-27-6).  This is the second and final meeting between the two teams this season. Game time is 10pm.

Philadelphia has lost each of the first two games on the road trip most recently falling 6-3 in Edmonton on Thursday night. The Canucks defeated Calgary 2-1 in overtime last night.

Nick Cousins  has had himself a pretty solid two games on the current road trip. Cousins will never light up te scoreboard so if that's what you are expecting you are going to be disappointed. Cousins did score the Flyers lone goal in Calgary on Wednesday however and was general pain the Flames side all night. That is what he does best. HE will give max effort on every shift and has been able to get teams to take penalties against him.

Henrik Sedin is sure fire Hall of Famer when his playing days finally come to a close. Sedin has been the best player in Vancouver for a decade or longer. His numbers are down in recent years as he has entered the twilight of an outstanding career but the 36 yr old can still make plays and will need to be accounted for all night if the Flyers expect to be successful.

Steve Mason gets the start again for Philadelphia. Mason has not played in well over a week as Michal Neuvirth has played well and coach Hakstol has tried to ride a hot hand. This is an important start for Mason. He needs to have a great performance in order to get more time between the pipes down the stretch.

Ryan Miller made 35 saves on 36 shotsin last night's 2-1 overtime win over Calgary. Miller, like Sedin, knows his best best days in the rear view mirror but at any time can steal games for th Canucks. If Miller does in fact get the nod tonight, the Flyers are best to get shots on him early in hopes he will show some fatigue after last night.