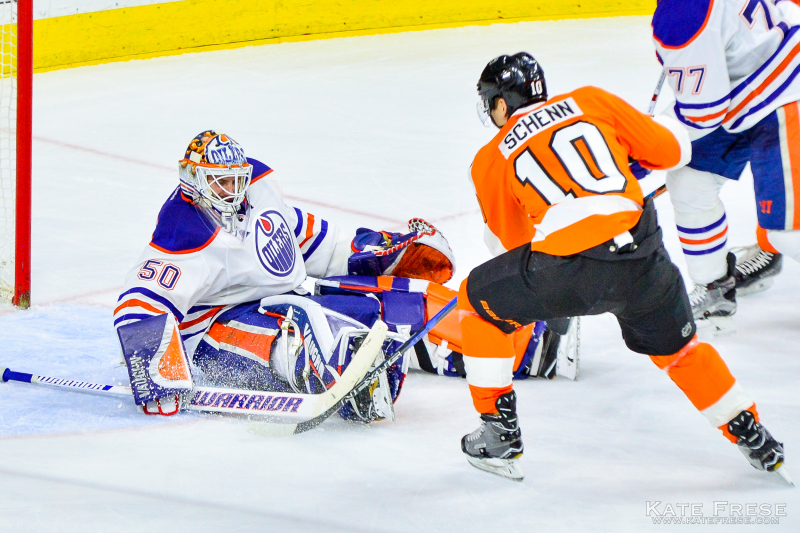 Fresh off another loss that hurt their playoff chances, the Flyers return to the ice in a virtual must-win game against the Edmonton Oilers.

The last time these two teams met, goals came at a frantic pace, but times have changed for the Flyers, who have to deal with the NHL's leading scorer at the moment in Thursday night's meeting in Edmonton.

The opening face-off is set for 9 p.m.

He hasn't put anything on the scoresheet yet, but one of the Flyers better players over the last two games has been Jordan Weal. Looking to make the most of his call-up, Weal should be one to watch again on Thursday night.
When opposing the Oilers, you always have to account for Connor McDavid. The NHL's points leader is averaging over a point per game and had a goal and assist against the Flyers in December.

It looks like the Flyers are riding the Michal Neuvirth train. Neuvirth will make his third straight start, even after starting on Wednesday night in Calgary. Neuvirth did have a solid game in Calgary despite the loss, making 20 saves on 22 shots.

The Oilers are expected to start Cam Talbot in goal on Thursday. Talbot has put together a strong season with 28 wins, easily setting a new career high.