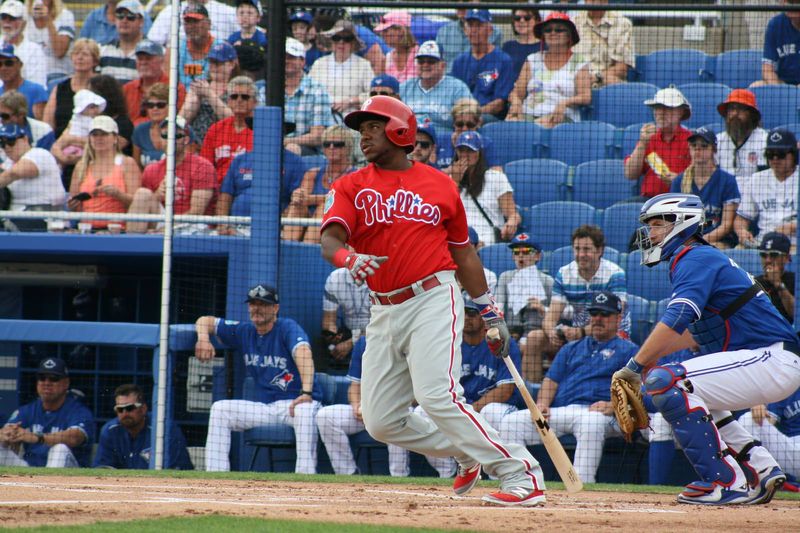 Franco's numbers weren't terrible by any means, but many, including manager Pete Mackanin, think that given his potential, Franco's first full season in the major leagues was a letdown:

Franco's season was largely disappointing because he continued to be too pull-happy. Literally minutes after the team's final game in 2015, the team parted ways with former hitting coach Steve Henderson. Former playoff hero and announcer Matt Stairs, who spent much of the 2016 season correctly pointing out what Franco needed to change about his approach at the plate, was eventually named the club's new hitting coach.

Earlier this week, Stairs compared Franco to Miguel Tejada in an interview with Jim Salisbury of Comcast SportsNet Philadelphia. He took things a step further, suggesting that Franco could eventually win an MVP:

“He reminds me of Miguel Tejada,” Stairs said of the former American League MVP. “When Tejada first came up, he swung at everything. He was a free-swinger like Franco. Then he calmed down. He figured it out and became a true professional hitter. He’d spit on the stuff low and away and wait for the pitcher to make a mistake. Franco has good hands and a good swing. He’ll be an MVP candidate once he figures it out.

Stairs is correct in his assessment of Franco, as is Mackanin. It's important to remember that he's still just 24, so Stairs and Mackanin believe that Franco still has room to grow as a hitter. If the two are able to get through to Franco and have him change his approach, he has the potential to be a legitimate cleanup hitter that makes All-Star teams and potentially competes for MVPs.