Eagles Flyers Phillies Sixers About Us Write For Us
Previous month:
January 2017
Next month:
March 2017 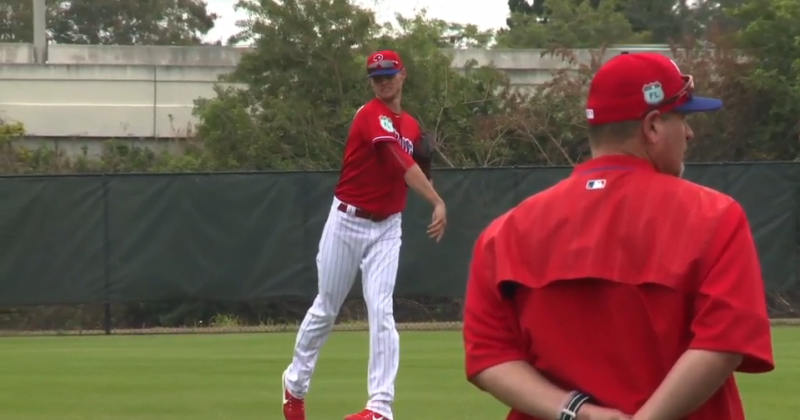 CLEARWATER, Fla. — Veteran right-hander Clay Buchholz, who is entering his 11th season and first not with the Boston Red Sox, will make his Philadelphia Phillies (2-2) debut Tuesday afternoon at Spectrum Field.

Buchholz, 32, will oppose a familiar American League East divisional foe in the Baltimore Orioles (2-2) and right-hander Mike Wright. The two-time All-Star was acquired on Dec. 20, 2016, from Boston in exchange for second base prospect Josh Tobias. The Phillies will cover all of Buchholz's $13.5 million remaining salary for 2017 as part of the trade.

So far in four Grapefruit League games this spring, the Phillies have faced all American League East clubs. After splitting with the New York Yankees and winning by 7 over the Toronto Blue Jays this past weekend, the Phillies fell 7-2 to the Tampa Bay Rays on Monday. Third baseman Maikel Franco hit his MLB-leading third home run of the spring in the defeat. 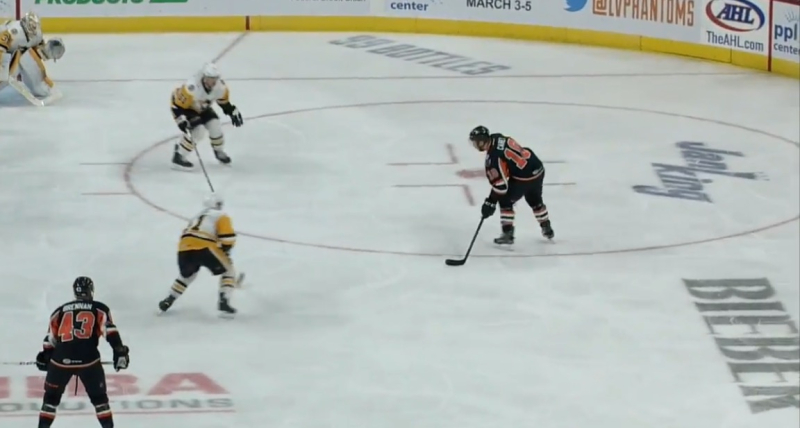 As the playoffs start to draw closer for the minor leagues, both the Flyers AHL and ECHL affiliates took hits with unsuccessful weekends.

Meanwhile, some of the junior prospects continue to show promise.

Here is this week’s look at the Minor League Report.

When you talk about the NFL Draft, which will be held in Philadelphia in just two months, and you think of the Eagles, the focus instantly shifts to the biggest names -- Mike Williams, Dalvin Cook, Corey Davis, John Ross.

Notice a pattern? That’s the top running back and top three wide receivers in the Draft, all projected to go around or before the Eagles selection.

While some mock drafts have the Eagles going with a cornerback to shore up the defensive side of the ball, the Eagles need to give Carson Wentz any sort of weapon on offense may dictate the Eagles choice.

Jeremy Hellickson is excited about the Phillies rotation depth 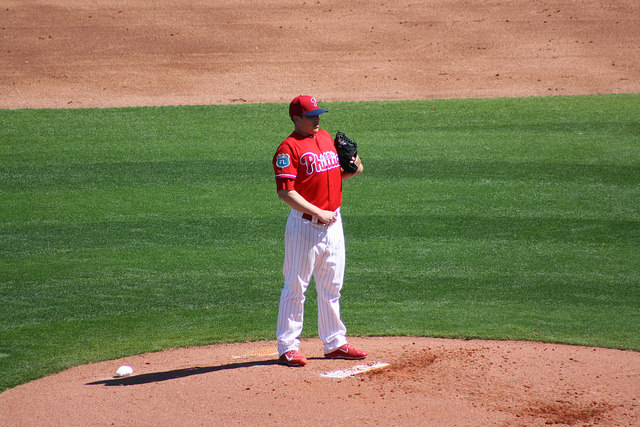 Philadelphia Phillies manager Pete Mackanin suggested early in Spring Training that Jeremy Hellickson is likely to start on Opening Day for the second consecutive year. Hellickson is excited about the four starters who are likely to be slotted below him.

In an interview with MLB.com's Todd Zolecki, Hellickson touted the team's rotation depth and suggested that he's excited to pitch in rotation where Aaron Nola could be the team's fifth starter:

Sloppy second half costs Sixers in loss to Warriors 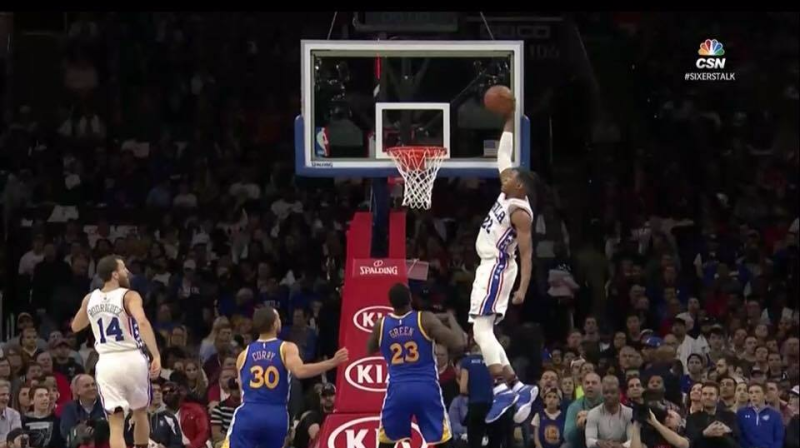 The Philadelphia 76ers (22-37) kept pace with the Golden State Warriors (50-9) through the first two quarters, but couldn't keep up in the second half, falling by a final score of 119-106.  The Sixers had some turnover issues in the first half, but they managed to shoot themselves out of it. It was a different story in the third and fourth quarters, as the miscues allowed the Warriors to pull away.

Philadelphia shot better than the Warriors overall (45.7/44.9) and from three-point range (29.4/20.7), but Golden State dominated in the paint, 62-48, and forced 22 Sixers turnovers, a lot of which came in the third quarter. The Sixers bench did a good job of keeping the team in the game, outscoring Golden State's reserves 48-22.

While it's essentially a foregone conclusion that Rose will be the next man inducted onto the Wall of Fame, providing the rebuilding club with a guaranteed sellout crowd on August 12, we figured it would be nice to provide some background on the other candidates from the relatively weak candidate list. I'll begin the rundown with Steve "Bedrock" Bedrosian.

Sixers face tough challenge with the Warriors, the NBA's best 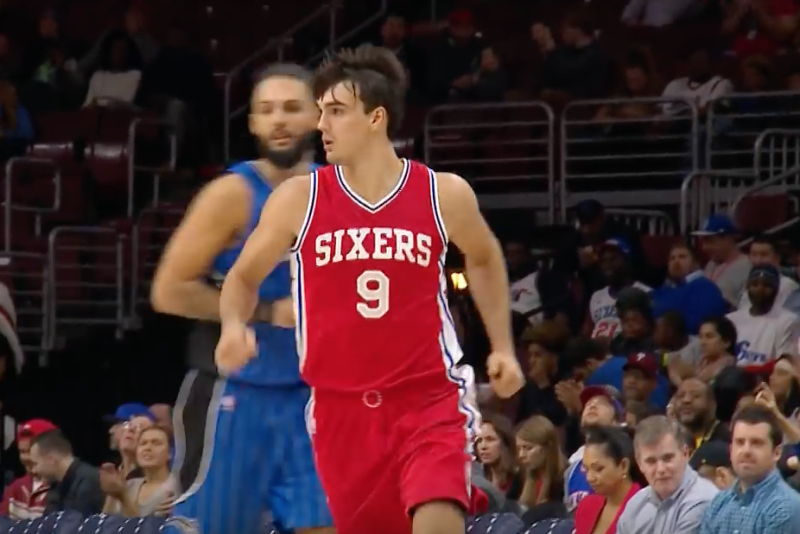 The Philadelphia 76ers(22-36) are home Monday night and they have an extremely tough task ahead of them: The Golden State Warriors(49-9). The Warriors are undeniably the best team in the NBA, both record and talent-wise.

The Sixers are coming off of a big win on Friday vs. the Wizards and a one-point loss against the Knicks on Saturday. With Dario Saric, Jahlil Okafor, and others stepping up and being key contributors to the team, the Sixers have been in good positions to win when it matters most.

Clearwater, FLA — It seemed clear early on that the pitchers coming out of the bullpen of the Philadelphia Phillies (2-2) weren't going to have a good day against the Tampa Bay Rays (3-1). After Jerad Eickhoff threw two solid innings in his spring debut, the relievers allowed six runs over the next four innings.  The Rays hit two 2-run homers, which played a big role in the loss.

The Phillies' bats were practically silent. They may have accumulated six hits in today's game, but the only player to put runs on the board was third baseman Maikel Franco, who hit his third home-run of the spring. He's on a tear so far, and it will be interesting to see if he will be able to continue his early success and carry it over to the regular season.

Sixers' Ben Simmons has a minor procedure for his foot fracture 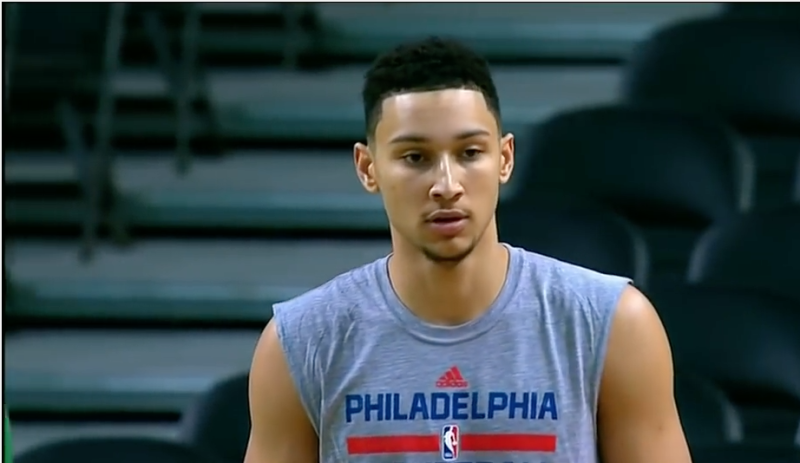 Last week, Sixers GM Bryan Colangelo announced that rookie forward Ben Simmons would be out for the rest of the season with the foot fracture he suffered during the preseason.

Today, Simmons underwent a procedure to put bone marrow in the fracture site to help increase the healing time of the fracture.

The Flyers will have at least one lineup change to make ahead of Tuesday's game against Colorado and it has nothing to do with the trade deadline.

Defenseman Brandon Manning was suspended for two games for a hit to the head on Pittsburgh forward Jake Guentzel in Saturday night's Stadium Series loss.