Eagles Flyers Phillies Sixers About Us Write For Us
Tigers to convert former Phillies OF prospect Anthony Gose to pitcher
5-Run 1st Inning, Bullpen Pace Phillies to Win Over Pirates 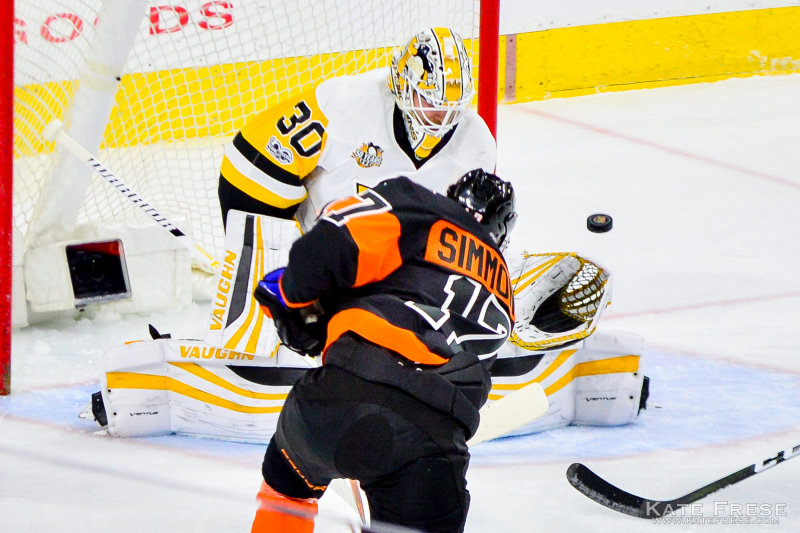 (Kate Frese/Sports Talk Philly)
By Rob Riches, Sports Talk Philly contributor
As if the Flyers' playoff hopes weren't bleak enough, yesterday's 1-0 loss to Columbus was about as close to a death knell as they could get.

They will look to close out their four-game road swing out on even footing, as they visit PPG Paints Arena to close out their season series with the Pittsburgh Penguins, a team still neck-and-neck for the Metro Division lead. Sitting at 1-2 against the Pens this season, the Flyers have a chance to close out this series evenly as well.

Puck drop is scheduled for 7 p.m.

While Sean Couturier couldn't get on the board yesterday -- then again, who could? -- he's been steady the past few games, and found twine against Minnesota and Winnipeg. This was enough to elevate him back on the top line, where he will reprise his role tonight. He's been on the doorstep for 100 career assists, and what better way to hit it than against a divisional rival.

Sidney Crosby has been the league's most talked-about player over the past few days, but not for the usual reasons. Between a spear to Buffalo's Ryan O'Reilly and a chop to Ottawa's Marc Methot that lopped off part of his finger in the game after, Crosby has returned to the controversy limelight. He was shut down entirely in his last game against the Orange and Black, and it's worth seeing if that can be duplicated.

Steve Mason figures to return between the pipes for the Flyers, after sitting out on Saturday. He madd 24 saves in his last outing on Thursday against the Wild, and blanked the Pens with a 23-save shutout on March 15. The Flyers seemed to respond when he (justifiably) called them out after a dismal effort against the Jets, and that should continue.

Matt Murray figures to start for the Penguins. He made 29 saves on 30 shots in a shootout loss against Ottawa in his last outing.