With the 25-man roster set ahead of Monday's Opening Day — featuring newcomers such as Brock Stassi and Daniel Nava — final tune-ups will surely be in order Friday afternoon as the club opposes RHP Alex Cobb and the Tampa Bay Rays (12-16-4). Ten-year veteran RHP Clay Buchholz will take the mound for his sixth spring start.

Cobb, 29, was scratched from a scheduled minor league start on Sunday due to lower back tightness. The five-year veteran will make his regular season debut Wednesday evening in the opening series finale against the New York Yankees. 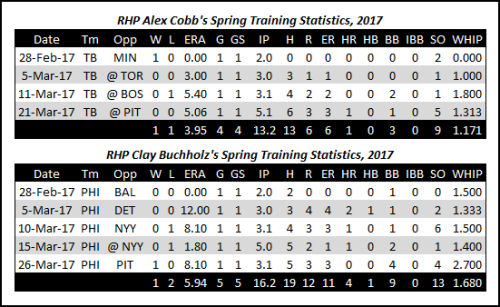