Eagles Flyers Phillies Sixers About Us Write For Us
Minor League Report: Carter Hart Reportedly Heading to Phantoms with Stolarz Out for Playoffs
For Phillies, strong organizational second base depth is nice problem to have 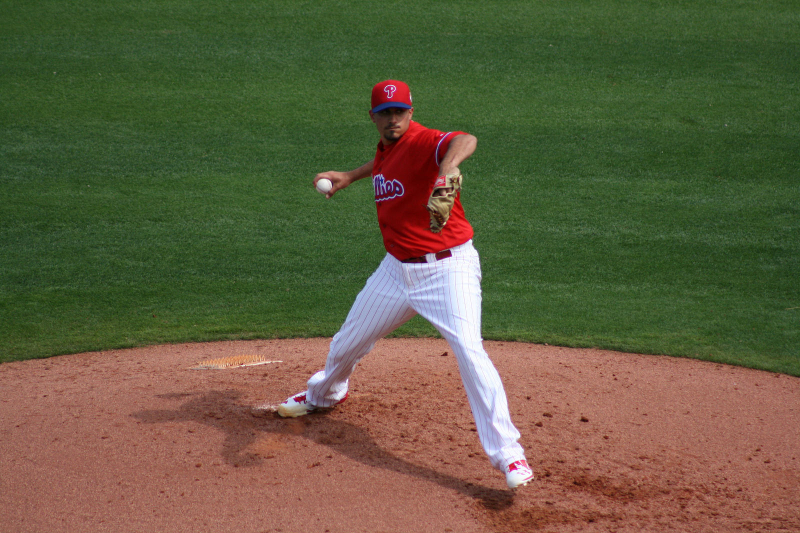 The Phillies are in much better a situation in their starting rotation than they were a year ago.  Four starts in, veteran Charlie Morton was lost for the season.   Adam Morgan had to enter the starting rotation.  Next on the list was Zach Eflin.  Eflin was rushed to the Major Leagues prematurely and struggled at times.  But the Phillies believe 2017 will be different for Eflin.

The Phillies announced on Sunday that Eflin will be the starting pitcher who takes the rotation spot of Clay Buchholz. Buchholz was diagnosed with a tear in his pitching forearm and could be lost for significant time.   For the Phillies, this year's move is not one of desperation or necessity, but one the Phillies can feel more comfortable about.

Eflin was activated from the disabled list and optioned to the minor leagues the very day that Buchholz suffered his injury.  Eflin got a slightly late start to the 2017 season as he recovered from an offseason knee surgery.  The surgery was not serious; it corrected a life-long knee issue that Eflin had.  All reports were that Eflin was doing just fine.

Eflin beat out Jake Thompson, who pitched poorly in his first two starts at Triple-A Lehigh Valley.  Thompson might have otherwise been considered.   Not getting the call just yet but impressing in the early going are pitchers Ben Lively has had one good start and one so-so start and Nick Pivetta has been stellar for two starts.   Mark Appel has not been great thus far.

But, out of those other names the Phillies should have some more options next time they need another starter.

Eflin made 11 starts for the Phillies in 2016, going 3-5 with a 5.54 earned run average.  Eflin got off to a rough start but peaked with a complete game shut out pitching on the road in Pittsburgh.