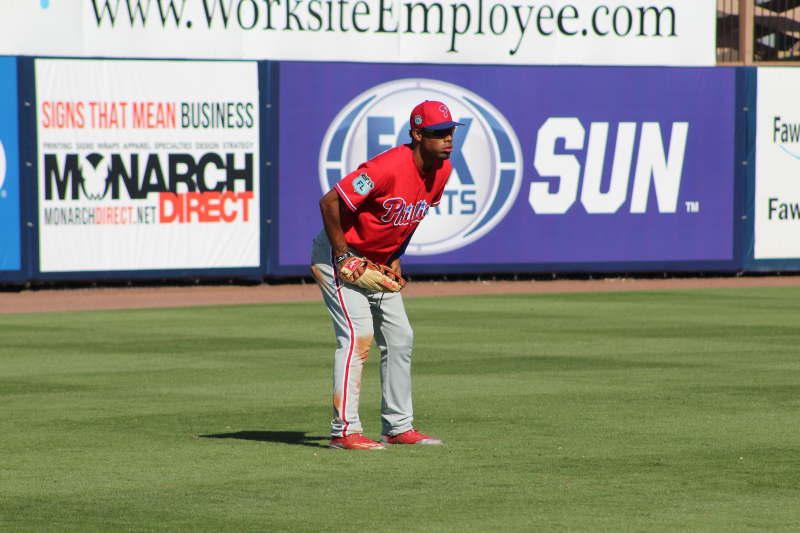 The Philadelphia Phillies may not be doing too hot, but their Triple-A team is firing on all cylinders. Lehigh Valley is 35-15, 5.5 games ahead of the second place team in the International League North Division. They had another impressive week during the stretch of May 22-28, going 6-1, and outfield prospect Nick Williams was part of the reason they stayed hot over that span. On Monday, the International League tabbed Williams as their Player of the Week. He's the second member of the 2017 Ironpigs to be named Player of the Week, joining fellow outfielder Dylan Cozens (May 8-14).

Williams, 23, is in his second full year with the Phillies organization after being acquired as a part of the Cole Hamels deal back in 2015. During the week of play from May 22-28, Williams hit .416 with five home runs, 15 RBI's and nine runs scored. He raised his batting average from .258 to .281 and is hitting .351 with seven homers and 18 RBIs in his last 10 games.

During the Ironpigs recent four-game set with Louisville, they outscored them 36-7 and Williams went 7-for-15 with four home runs, seven runs scored and 11 RBIs. Williams teed off twice on Sunday in Lehigh Valley's 14-2 win against Louisville.