Eagles Flyers Phillies Sixers About Us Write For Us
Previous month:
April 2017
Next month:
June 2017

Free Agent Darren Raddysh Could Be Target for Flyers

It feels like it was just last week when Flyers fans got the surprise of the offseason moving from the 13th spot all the way up to picking second in the upcoming NHL entry draft.

The excitement has not subsided and fans continue to evaluate and discuss potential draft options for the Flyers. There is the potential for another unexpected splash of exciting news regarding a potential CHL free agent, OHL standout Darren Raddysh.

Eagles Should Get More from Jordan Matthews in Slot

When you think of the best wide receivers in the NFL in recent seasons, you don't think of the Philadelphia Eagles. A constant rotation of quarterbacks -- up until the selection of Carson Wentz -- and disappointing receiver performances in the past few seasons have made Philadelphia's offense look downright pathetic at times.

One player who got a big boost from the Eagles offseason acquisitions at the receiver position was Jordan Matthews. While you may not put an Eagles receiver in a top category among other receivers, Matthews has actually been one of the best receivers in the slot in the last three seasons.

Continue reading "Eagles Should Get More from Jordan Matthews in Slot" »

The nice thing about visiting a cigar shop is that you can find a few retirees passionate about sports and baseball in particular. The past two days I've visited my local shop and asked a few men about Jim Bunning, who passed away late Friday night at the age of 85, after battling health complications for several months.

PHILADELPHIA — Add Edinson Vólquez to the list: a cavalcade of struggling pitchers who, in the past two weeks or so, have been slotted for a start against the Phillies, and pitched their best game of the season.

But on Monday in Miami, it was the 33-year-old Vólquez, who entered the game with an earned run average of 4.82. He was the latest subpar starter to stymie the Phillies' offense in another loss in an abysmal May, going six innings and allowing just one run.

And one more thing: Monday's victory was just Vólquez's first win of 2017. 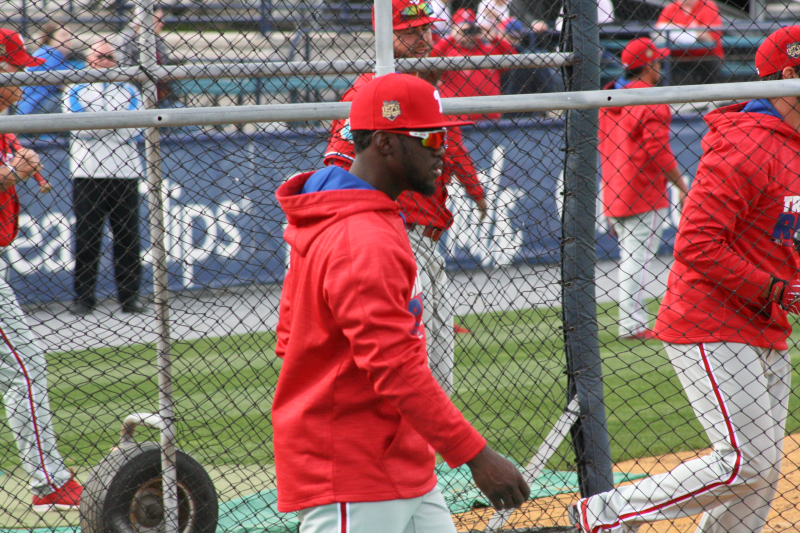 The series in Miami marks the return of Phillies outfielder Howie Kendrick.   Kendrick rejoins the Phillies in time to provide some relief in the lineup as two players are struggling mightily.  In tonight's opener, Kendrick displaces center fielder Odubel Herrera, as Aaron Altherr shifts to center.  During Kendrick's rehab stint, Kendrick also made two appearances at third base, essentially putting Maikel Franco on watch.

As De'Aaron Fox's draft stock rises, could the Sixers grab him?

The Sixers are looking for someone to fill their back court void they have been lacking for quite a while now. While T.J. McConnell, Gerald Henderson, Nik Stauskas, and Timothé Luwawu-Cabarrot have been suitable players in the last year, it's strikingly apparent the team needs that "it" player on their squad.

Enter De'Aaron Fox. The Kentucky guard has been on the rise for the last several weeks on many expert's draft boards. There isn't a doubt in many people's minds that Fox can play, and play pretty darn well.

The question is, however, is if Fox will be that very guy the Sixers are looking for. Also, does it make sense for the Sixers to take him that high, despite what others say?

Continue reading "As De'Aaron Fox's draft stock rises, could the Sixers grab him?" »

Around the NHL: Previewing a Predators-Penguins Stanley Cup Final

The 2017 Stanley Cup Final is set to begin on Monday night with the defending champion Pittsburgh Penguins facing the Nashville Predators.

Here is a preview of the series, including each team’s top two candidates for Conn Smythe, how they got to the Final and what they need to do to win the Cup.

Only three other coaches in NHL history had led three different franchises to a Stanley Cup Final. Laviolette, who had taken the Carolina Hurricanes to the 2005-06 title and the Flyers to the 2009-10 Final, became the fourth.

If the Phillies added another alternate jersey, what would it look like? 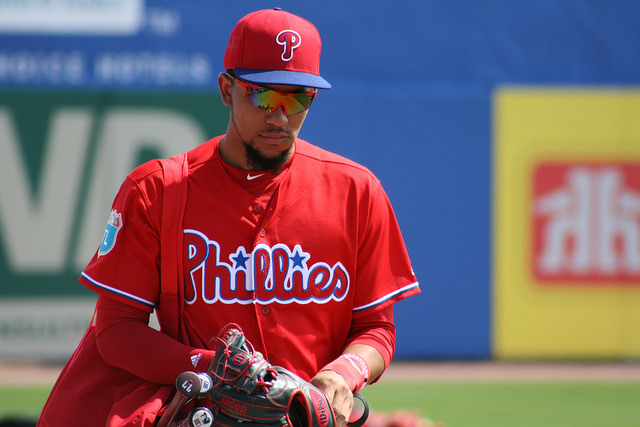 The Phillies began wearing their red alternate jerseys, as modeled by J.P. Crawford above, in 2016. (Frank Klose/Sports Talk Philly)

The Philadelphia Phillies have one of the nicer jersey sets in the league, but breaking down the aesthesis of jerseys in sports has become an interesting niche in recent years. With that, fans constantly push to alter the looks of their favorite teams (looking at you, Eagles fans). Phillies Twitter produced an interesting hypothetical along those lines recently: what would the ideal Phillies alternate jersey look like?

Continue reading "If the Phillies added another alternate jersey, what would it look like? " »

The Phillies have not gotten what they would have liked from starter Zach Eflin the last two starts.  After his first five starts providing the Phillies with competitive play, Eflin allowed seven earned runs in four innings on May 17 and then eight earned runs in six innings on Sunday.  The rough outing meant a demotion for Eflin.  The Phillies announced after Sunday's game that Eflin was optioned to Triple-A Lehigh Valley.

The Phillies have not yet announced a corresponding move.   One possibility is that the Phillies add the rehabbing Howie Kendrick to the active roster before the Phillies begin a series in Miami on Monday night.  Kendrick is with the IronPigs, who are set to play an evening game on Sunday, but he was not set to appear in the IronPigs starting lineup.

The probably replacement for Eflin is starter Nick Pivetta.  Pivetta will take the mound for the IronPigs Sunday night, which means he will have no problem taking Eflin's next turn in the rotation on Friday.  Pivetta was optioned to Triple-A when Aaron Nola returned to the Phillies rotation.

Pivetta made one start since re-joining the IronPigs, going seven innings and allowing one earned run.  For the Phillies, Pivetta went 0-2 with a 5.12 earned run average.   At Triple-A Pivetta is 4-0 with a 1.04 earned run average in two stints.

Kendrick has been playing third base and left field for the IronPigs.  When he returns to Philadelphia, it will not likely come in place of Aaron Altherr, who has clearly taken over a daily place in the Phillies outfield.  Kendrick could take at bats from Maikel Franco at third, or in place of Michael Saunders or even Odubel Herrera in the outfield, since Altherr is a very capable center fielder.

The Phillies have not won a series since the end of April, but have yet to make any major changes.  That appears to be changing with the demotion of Eflin and Kendrick's return likely forcing some changes in playing time.