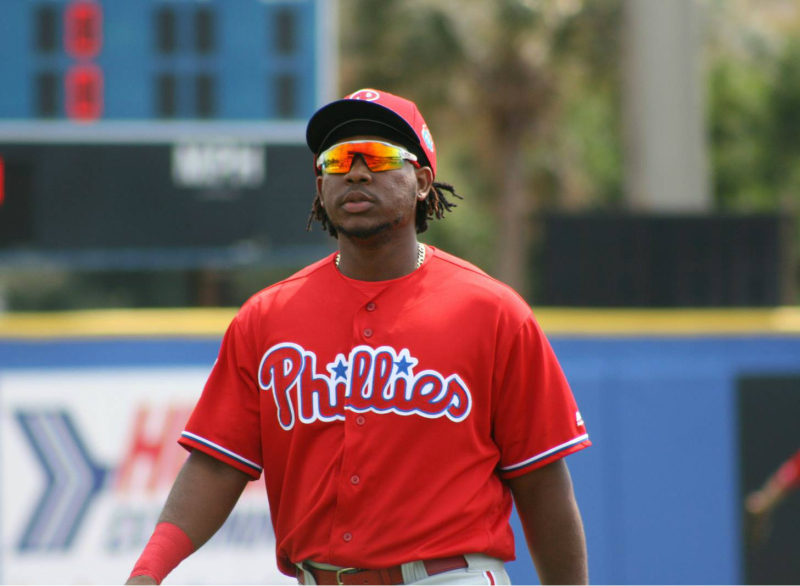 Klentak: First and foremost, we talk about a lot of things. We've discussed a lot of scenarios -- both promotions, demotions, trades -- as we would I think in good times or bad, but especially since we've been struggling.

Salisbury: Is that [being sent to Triple-A] imminent with a guy like Maikel Franco?

Klentak: No, and we are committed to giving Maikel more time to get out of this. We believe in him, we have confidence that he will. There's a lot of indicators, whether you are looking at his exit velocity and his launch angles. Again, I don't want to say that he's been a victim of bad luck by itself, that's not the only thing. But there are reasons to believe that he may get out of this. And that could happen today, it could happen tomorrow, it could happen next week -- we don't know. But we are committed to showing confidence in this kid and finding out what he can do, and that's really the end of it. Right now, he's important to us and we need to show confidence in him and let him go out and play.

Klentak's public position on the issue seems to be more nuanced than that of Mackanin, even if they were both involved in the same discussion. Mackanin's quote was curious, because if the Phillies weren't sending Franco down immediately, it would seem he had little to gain by telling the media that the organization has discussed that possibility. Klentak didn't deny that the discussion took place, but he gave a more substantive answer, suggesting that Franco being sent down right now is not something that is being seriously considered.

The second-year general manager also went out of his way to publicly talk up Franco. While he didn't deny that the conversation about sending him to Triple-A Lehigh Valley took place, he gave it more context, noting that these type of discussions constantly take place. Additionally, Klentak stressed that the Phillies remain confident in Franco, probably with an understanding that the 24-year-old third baseman will eventually read his quotes.

Franco entered the day with a .205 batting average in May, which comes after he hit just .213 in April. Certainly, the Phillies are disappointed with the production of someone that hitting coach Matt Stairs suggested had MVP potential this spring, but there is also an understanding that being able to make adjustments to your approach against major league pitching isn't something that happens overnight. For the time being, the Phillies seem to think that he is best suited to make those adjustments at the major league level.