Eagles Flyers Phillies Sixers About Us Write For Us
Previous month:
May 2017
Next month:
July 2017

Free agency begins in just a few hours and one report has surfaced regarding a potential target for the Philadelphia 76ers. It's not J.J. Redick, it's not Andre Iguodala and it's not Patty Mills. According to Keith Pompey of the Philadelphia Inquirer, the organization plans to target forward Amir Johnson.

Johnson, 30, played in 80 games last season (77 starts) for the Boston Celtics and averaged 6.5 points and 4.6 rebounds per game. He shot 57.6 percent from the floor in just over 20 minutes per game.  Johnson also had his third-highest three-point percentage of his career, hitting 40.9 percent of his shots from beyond the arc. 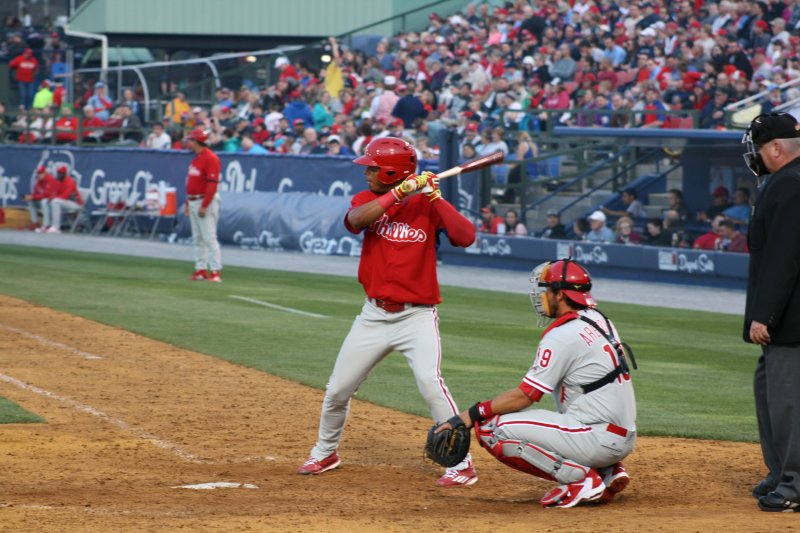 In preparation for the beginning of free agency, Philadelphia 76ers have decided to waive veteran guard Gerald Henderson.

Pres. of Bball Ops Bryan Colangelo thanks Gerald for his contribution to the program: pic.twitter.com/nWhsPCCYVS

Henderson, 29, played 72 games this past season for Philadelphia, averaging 9.2 points per game while shooting 42.3 percent from the floor and 35.3 percent from beyond the arc. The Sixers signed Henderson to a two-year, $18 million deal, but the second year of his contract was only partially guaranteed. His $9 million salary for the 2017-18 season was set to be guaranteed tonight, so the team opted to part ways prior to that happening. Instead, it'll just be a $1 million cap hit for the Sixers.

With Henderson gone, the Sixers will look to fill some veteran spots on their roster via one-year deals, as reports indicated earlier today.

According to Los Angeles Clippers beat writer Brad Turner, veteran free agent shooting guard J.J. Redick is interested in taking his talents to South Philly, if it doesn't work out with Houston.

JJ Redick interested in joining Rockets if finances can work, per source. He still looking at 76ers, Nets for between $16-$18 million a year

The Flyers announced the development Camp roster and schedule on Friday and Nolan Patrick was the obvious standout on the roster.

Development Camp is a particularly popular time at Flyers Skate Zone in Voorhees, just because it offers a first chance to see new draft picks. It is rare for the Flyers to have a draft pick attending that comes with as much hype as Patrick has.

But GM Ron Hextall killed the buzz a bit almost immediately following the Development Camp announcement. Nolan Patrick had surgery to repair a sports hernia on June 13, 10 days before the NHL Draft. He will not be participating in on-ice activities.

Immediately, speculation went up about two things: Patrick’s availability for training camp and his chances of making the roster. By having the surgery when he did this offseason, not much changes in regards to Patrick’s immediate future.

Flyers Development Camp has become a highlight in recent years as the first look at a new top prospect within the system. It will reach another level this year when Nolan Patrick takes the ice along with the other prospects the Flyers have invited to camp.

Unfortunately, GM Ron Hextall announced that Patrick had surgery to repair a sports hernia on June 13, just 10 days before the NHL Draft and will not be available to participate in on-ice drills, so fans will have to wait to see him.

In all, 40 prospects will be at Development Camp, hosted at Flyers Skate Zone in Voorhees from Friday, July 7 to Wednesday, July 12. July 12 will be the Trial on the Isle in Sea Isle.

At noon tomorrow, Brian Elliott is going to be a Philadelphia Flyer.

Andy Strickland, FOX Sports Midwest rinkside reporter for the St. Louis Blues, first reported on Thursday that the Flyers were in talks with Elliott for a deal at three years and a $2.75 million cap hit. Strickland reported on Friday that the deal will be a two-year deal at the same cap hit.

Prior to Strickland's report on Thursday, it was reported by Elliotte Friedman that Philadelphia was the predicted landing spot for Elliott.

Report: Furkan Korkmaz is coming over

According to Fersu Yahyabeyoğlu of Eurobasket.com, Sixers former first round pick and draft-and-stash prospect Furkan Korkmaz is on his way to Philadelphia:

Furkan Korkmaz will play for 76ers next season and his buyout fee is $2m. https://t.co/2eSV3NXKAE

It was no secret the Eagles had too many cooks in the kitchen when it came to the wide receiver position. On Friday morning, they offered some clarity to that position on the roster.

The Eagles announced the signing of quarterback Dane Evans to a three-year deal, and subsequently released wide receiver Dorial Green-Beckham.

Report: Sixers are sticking to one-year deals in Free Agency

There were a lot of questions facing the Philadelphia 76ers as the NBA heads into the craziest weekend of the offseason tomorrow morning for Free Agency.

The Sixers need shooting help and veteran players that will help guide the younger core more and help the team become more and more complete heading into next season.

However, according to ESPN's Zach Lowe, the Sixers have decided to be very limited on the free agent deals they give out.

"The Sixers have told agents they will seek one-year deals this summer to preserve future space" per @ZachLowe_NBA. https://t.co/8L4JpFYAih