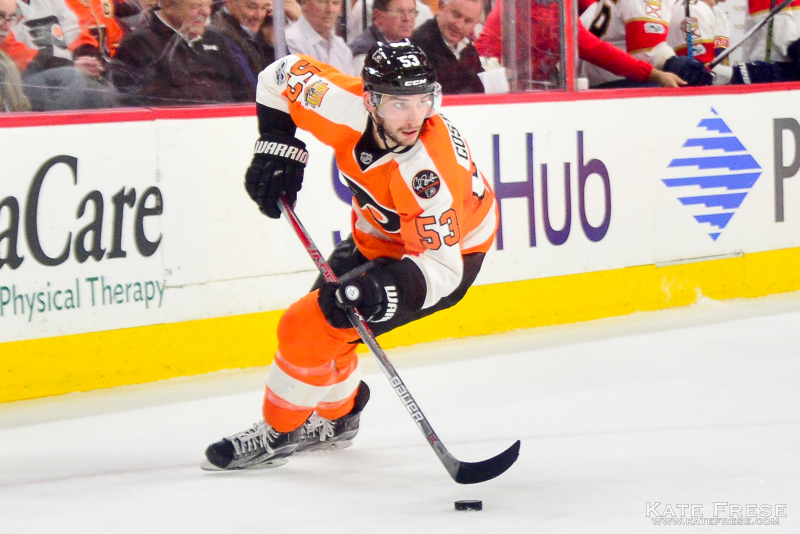 The Flyers made their first signing of the offseason, agreeing to a multi-year contract with defenseman Shayne Gostisbehere, GM Ron Hextall announced on Friday.

The deal is for six years, $27 million, an average annual value of $4.5 million, according to CSN Philly's Tim Panaccio. Gostisbehere was a restricted free agent after the 2016-17 season.

In his first two-plus seasons with the Flyers, Gostisbehere scored 24 goals and added 61 assists for 85 points in 142 games.

The Flyers selected Gostisbehere in the third round of the 2012 NHL Draft with the 78th overall pick. He made his NHL debut in the 2014-15 season, playing in two games before being returned to the Lehigh Valley Phantoms. He suffered an ACL injury that sidelined him for the rest of that season.

Gostisbehere also started the 2015-16 season in Lehigh Valley before being called up in November. He then scored 17 goals and had 46 points as a rookie, finishing as the runner up for the Calder Trophy. He also won the Barry Ashbee Trophy as the team's best defenseman in his rookie season.

Last season, Gostisbehere had seven goals and 32 assists for 39 points, which led all Flyers defensemen.