Eagles Flyers Phillies Sixers About Us Write For Us
Around the NBA: Durant gets his ring as Warriors best Cavs
Jason Peters wants to retire an Eagle, willing to rework contract 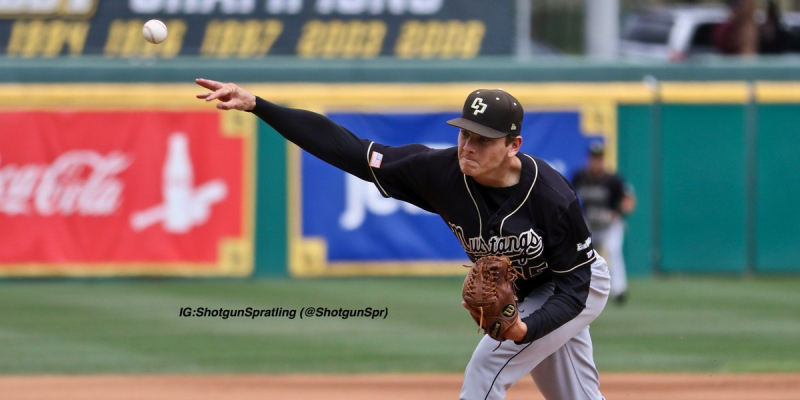 Spencer Howard went to Templeton High School in Templeton, California, a school that has less than 1,000 total students from grades 9-12. So when the Philadelphia Phillies selected the RHP in the second round of the MLB Draft Monday night, what's described as the "fairly rural area" of Templeton swelled with pride.

"Templeton is a fairly small town of about 7,000 folks, and is a one-high school town," said Pete Kotheimer, who was the assistant coach during Howard's time with the team and has since become the head coach. "So Spencer’s accomplishments to date and the high draft pick is certainly big news and a point of pride in the community."

Howard was part of a team that won the league championship his junior year of high school, and was named League Player of the Year after his senior year of High School. But while Kotheimer did say that he felt Howard had a "projectable body" and a chance to get better as he physically matured, even he didn't have this high of a draft selection in mind when Howard graduated high school in 2015.

"We knew he could add quite a bit to his low-to-mid 80’s velo with work and maturation," Koetheimer noted. "But we are a fairly small high school in a fairly rural area in California, so we don’t think of our guys in terms of 'Day 1 MLB Draft talent'."

In his two years at Cal Poly, Howard went through quite a bit of "work and maturation." The 20-year-old now throws a fastball that scouting reports suggest can push 95 MPH. He has a four-pitch arsenal, and thrived both out of the bullpen and the starting rotation in his two seasons playing for the Mustangs. In 2017, his sophomore season, he went 8-1 with a 1.95 ERA across 17 appearances, 12 of which were starts. The mix of a strong arsenal and two years of college production led Phillies scouting director Johnny Almaraz to call him the best right-handed pitcher in the 2017 MLB Draft.

Chal Fanning, who is Cal Poly's pitching coach, says that teams like the Phillies feeling that excited about Howard didn't catch him off-guard.

"I was not really surprised," Fanning said. "I was getting quite a few texts and phone calls from clubs asking in-depth questions...the kind that indicated that someone might really like to get him on first day."

Larry Lee, who is the head coach at Cal Poly, echoed those same sentiments when reached by SportsTalkPhilly.com.

There are some mixed thoughts about whether Howard will be more successful as a professional as a starting pitcher or a reliever, but Lee believes that a strong physical and mental makeup will allow Howard to thrive in any role at any level of the game.

"His development in the last two years has been tremendous," said Lee. "He has a very loose arm that has more left in it.  He is very grounded and has put a lot of time in the mental part of the game.  He has been able to focus on one pitch at a time, and hasn't let any negative happenings around him affect what he does."

And how could he allow any of those negative things to affect him? He's from Templeton, California, and a high school with less than 1,000 students. It's at least a minor upset for him to have made it this far. Kotheimer credits Howard's strong character and a great family around him for his early success. And he thinks Monday was the first of many times that Howard will make Templeton extremely proud.

"I think the Phillies made a great pick that will pay off for both the organization and the player,"  Kotheimer said. "And I think folks in Philly will find him to be a winner that is really easy to like."