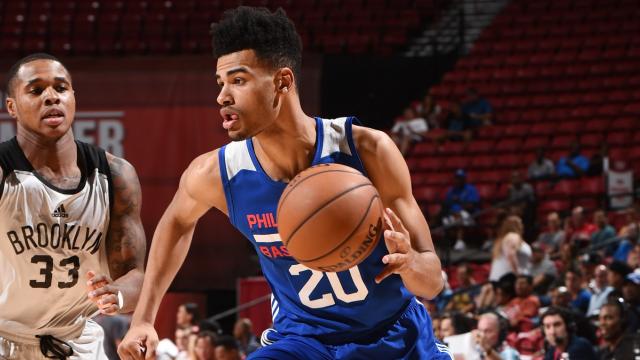 Sixers' young shooting guard Timothé Luwawu-Cabarrot will headline a group of players the Sixers' plan on playing in Summer league games this year. Fellow teammates Shawn Long and Alex Poythress will also be heading to Vegas to see some summer League action along with G-league prospect Aaron Harrison according to Keith Pompey of The Philly Inquirer.

Both the Sixers and No.1 overall draft pick Markelle Fultz have expressed interest in playing Summer league, but first need to finalize things contactually for that to happen. The Sixers have also expressed interest in bringing Furkan Korkmaz over to play in the Summer league, but have yet to confirm whether or not he'll be playing as it seems they're still working out scheduling conflicts with his Euroleague team.

It's also unlikely that any of the overseas players drafted by the Sixers will play. Anzejs Pasecniks, Jonah Bolden, and Mathias Lessort are all under contract with their respective teams overseas. Bolden would be the most likely to play out of that group because of his stage in his development.

As of right now the Sixers' Summer league roster consists of: