Former Phillies SS Jimmy Rollins would 'love to be playing' 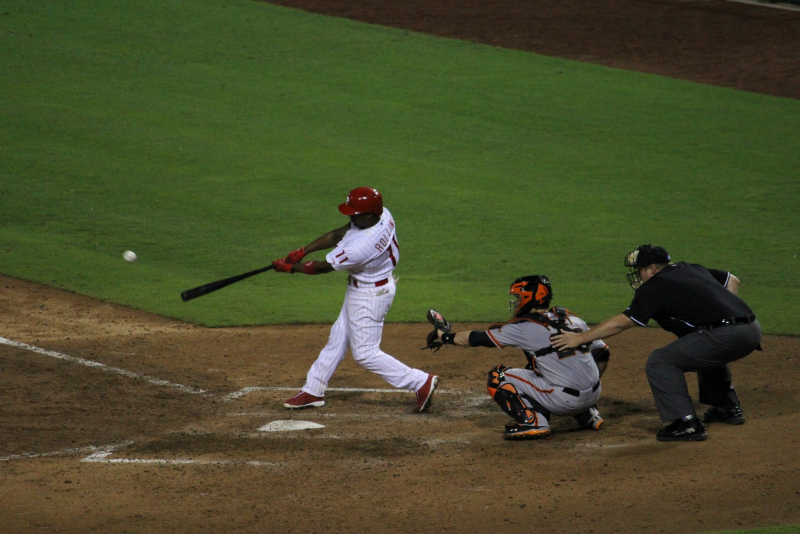 Since an unsuccessful attempt to make the San Francisco Giants as a utility-man in Spring Training, the public has heard next to nothing from former Philadelphia Phillies shortstop Jimmy Rollins. The organization's all-time hits leader hasn't retired, although it's fairly apparent that his career is over.

Jon Heyman of FanRag Sports recently spoke to Rollins and said that while he still has the itch to be playing, he's in good spirits:

Jimmy Rollins told me he’d love to be playing. But he’s enjoying fishing and golfing.

This Spring Training, Rollins attempted to revive his career as a utility-man, but hit just .125 in Spring Training. This came after he was released after just 41 games with the Chicago White Sox in 2016. Even that followed a disappointing one-year stint with the Los Angeles Dodgers in 2015.

Rollins is in a strange position because unlike his former teammate Shane Victorino, injuries haven't pushed him away from the game. He's just declined as a fielder and as a hitter, to the point where he isn't a major league caliber player anymore. But because he's physically still capable of handling the rigors of an MLB season, at least in some capacity, it's hard for him to move to the next phase of his life. For many, an entire summer away from the game, which Rollins had last summer after the White Sox released him, would have been enough to convince them to retire. Rather remarkably, Rollins didn't fall into that category and still doesn't seem entirely ready to move on from the game.

Phillies Rumors: Club has expressed interest in Yelich, not Stanton

It is good to hear that despite his desire to still be playing, he's making the best of his life away from the sport. Over the course of the last year, Rollins has had the first extended chance of his adult life to experience life away from baseball. Though he figures to return to the sport in some capacity, the time away probably has allowed him to recharge.

When the 38-year-old is ready to move to the next phase of his life, he figures to have many opportunities to be around the game. Last season, he made some guest appearances as an analyst on FS1 and was part of TBS' coverage of the American League playoffs. As expected, Rollins is quite good as an analyst, so if he wants that job, whether it is at a national or local level, he will likely draw interest. If not, Larry Bowa may not be the last Phillies' World Series champion shortstop to become a coach after his playing career.