Eagles Flyers Phillies Sixers Union About Us Write For Us
Aaron Nola is best bet to be Phillies All-Star in 2018
Phillies Rumors: Red Sox have 'keen interest' in Pat Neshek

Sixers' second half rally not enough, fall to Celtics 88-83 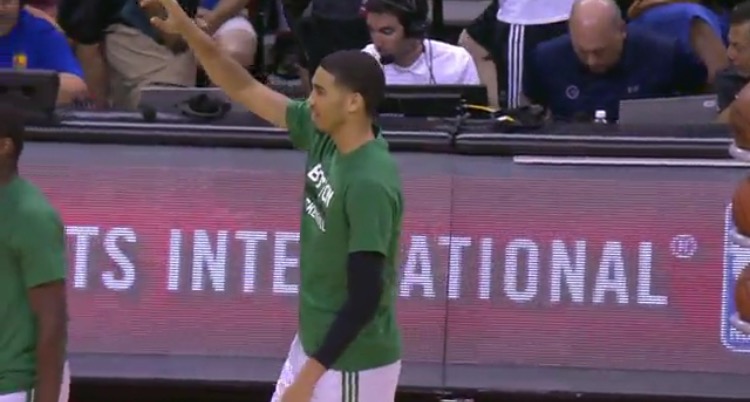 The Philadelphia 76ers fell to the Boston Celtics 88-83 in their final Summer League game Tuesday before they play in the playoff tournament. Both teams played well, rallying around team effort. The Sixers played the game without newly drafted Markelle Fultz and Celtics' Jaylon Brown left the game in the second quarter with a thigh injury. The two teams took care of the ball well and did a good job of running the floor, keeping the pace of the game high.

The Celtics led the Sixers 31-24 at the end of the first quarter. The Celtics controlled the game for the most part. The Sixers were doing a good job of getting good looks, but missed too many open shots while the celtics converted on theirs. Jaylon Brown looked like the best player on the court, he knocked down a three and bullied his way in the paint. Jayson Tatum was also difficult for the Sixers to defend. He drawed some oohs and awes from the crowed when he crossed up Mathias Lessort on the wing and hit the jumper.

On the Sixers side, Timothé Luwawu-Cabarrot provided some solid offense. He hit 1/2 three pointers and had a couple drives and finishes inside. Furkan Korkmaz also looked good. He had a couple nice moves with the ball in his hands to get to the rim. Ball handling isn't his strong suit so it was good to see him show he has potential there.

In the second quarter, the Sixers started out looking a little sluggish. They weren't fighting for rebounds and couldn't keep up with the Celtics in transition. They got a spark from Larry Drew ll who hit a nice pull-up jumper in isolation, getting the crowd a little more involved. On the ensuing play, Jonah Bolden picked Jayson Tatum's pocket and fininished the fast break layup over Jaylon Brown on the other end.

Melo Trimble also provided a little spark for the Sixers in the second quarter. He hit an open three pointer and shot very efficiently from the field in his limited minutes. To end the half, Drew hit another pull up jumper with 3.4 seconds left and the Celtics missed a half court shot at the buzzer. At the half the Sixers were down 41-48. TLC led the scoring with nine points in 16 minutes and Melo Trimble was right behind him with eight points in six minutes.

In the third quarter, Jonah Bolden came out firing to get the Sixers back in the game. He went 3-3 on three point attempts in the quarter. One on and pick-and-pop and two on stand still catch-and-shoots. TLC put his head down and drove into the paint some more in the quarter. He drew a couple fouls and hit 3/4 free throws in the quarter.

In the fourth quarter the Sixers gave up a 7-0 run to the Celtics highlighted by a put back slam by Landen Lucas. The two teams traded shots throughout the fourth until the Celtics pulled ahead inside a minute to go. Alex Poythress hit two big free throws with 3:14 left to tie the game up at 77. The Celtics then turned the ball over, but the Sixers were unable to capitalize.

Down 77-79 with 1:14 left, Jayson Tatum air balled a fadeaway jumper and Bolden looked to have an open lane to the rim in transition, but was unable to handle the pass cleanly and couldn't convert on the layup attempt. Tatum then made a driving layup as the shot clock expired, putting the Celtics up 81-77 with 41.8 seconds left.

TLC was fouled on a nice cut to the rim and made two quick free throws pulling the Sixers within two points with 28 seconds remaining. But Semi Ojeleye answered with an strong and-one layup on the other end. TLC then made a big time catch-and-shoot three pointer to bring the Sixers back in the game 81-84 with 13.6 seconds left. But after that the Sixers were forced to foul and the Celtics made their free throws to round out the game, beating the Sixers 88-83.

Jayson Tatum once again proved to be a force against the sixers. He scored 15 points and grabbed five rebounds in 34 minutes. Surprisingly, Jabari Bird who stepped up in Brown's absence scoring 15 points and eight rebounds in 27 minutes to aid the Celtics in their win over the Sixers.

Timothé Luwawu-Cabarrot led the team with 16 points in 26 minutes on 4/13 shooting. Jonah Bolden also put together a strong performance, posting 13 points on 4/12 shooting and eight rebounds. It will be interesting to see what the Sixers do with Bolden. He played extremely well in this Summer League and the roster is supposed to expand to 17 players this season. Plus he was a second round pick which makes him eligible for a two-way contract.

Another player fighting for a roster spot is Furkan Korkmaz. He posted just five points in 22 minutes in this game. He showed he's not afraid to put the ball on the deck and drive to the hoop in this game, and he seemed to play with more confidence as the series went on, but it's clear he needs more time to work on his all-around game.

The Sixers will play in the upcoming Summer league tournament, as each team is guaranteed at least five Vegas Summer League games. Dates and times have yet to be announced.