Eagles Flyers Phillies Sixers Union About Us Write For Us
Eagles' Training Camp Notes: Tackling is Back, and so is the Fullback?
Flyers sign Morgan Frost, Isaac Ratcliffe to entry-level deals 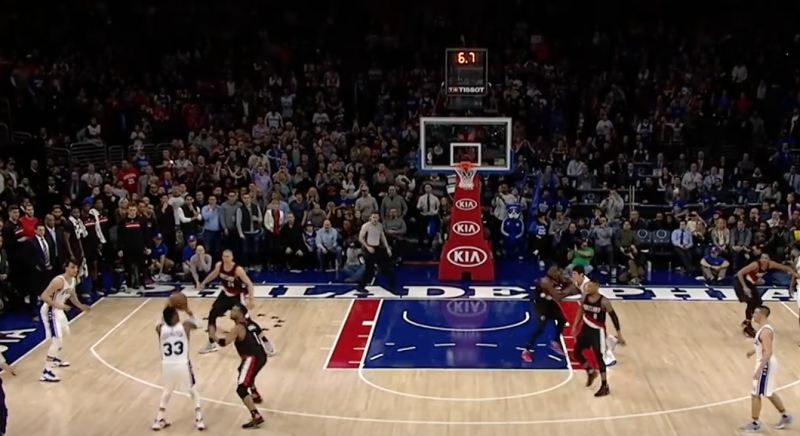 Yesterday, ESPN's Kevin Pelton graded all the teams in the Eastern Conference based on their offseason moves and deals.

The Sixers received a 'B+' grade, tying them with two other teams, Boston and Charlotte, for the highest in the conference. In Pelton's blurb on the Sixers, he mentioned that he saw them competing for a playoff spot after drafting Markelle Fultz and signing both J.J. Redick and Amir Johnson to one-year contracts.

Pelton described how the RPM formula works in his article.

"As in past seasons, I've put together projected playing time based on a formula that estimates games missed by taking into account the number missed over the past three seasons (adjusted for any offseason injuries/suspensions) and my own guesses at how rotations will shake out.

Most veteran players are rated using the multiyear, predictive version of RPM, adjusted for the typical aging curve. Newcomers to the league and players who played too little for an RPM rating are rated using their projected offensive and defensive ratings from my SCHOENE projection system, which incorporates translated performance in the NCAA and professional leagues besides the NBA."

Surprisingly, even with all of the offseason moves that many, including myself, would help the Sixers finally overcome adversity and solidify themselves in a playoff spot, Pelton still had the Sixers with a projected 33.2 wins, narrowly missing the playoffs by a little under two wins behind the Pistons in the eighth seed.

Pelton explained why the Sixers were in the place they were in, and how he actually saw them by his own personal opinion.

"The Sixers would certainly be disappointed if they won just five more games than they did last season after adding the past two No. 1 overall picks (Markelle Fultz and Ben Simmons) plus veterans Amir Johnson and JJ Redick. Both Fultz and Simmons project as below-average players as rookies, but I'll still take the over on 33 wins."

Pelton did say that he would take the over on wins, which would theoretically put them in a position to make the playoffs at the predicted seventh or eighth seed, but it still is disappointing to see the Sixers only have a five-win increase from last season.

This isn't a bad mark though, and surely not one that defines what kind of team they are going into this season, but it's just a telling stat that shows that a lot of work needs to be done in order for the Sixers to get into the position they want to play in for the foreseeable future.

No one saw the Sixers take off the way they did last season, and like clockwork, no one will predict how well they may play coming out of the gate next season.