Flyers Look to Climb Back into Division Elite 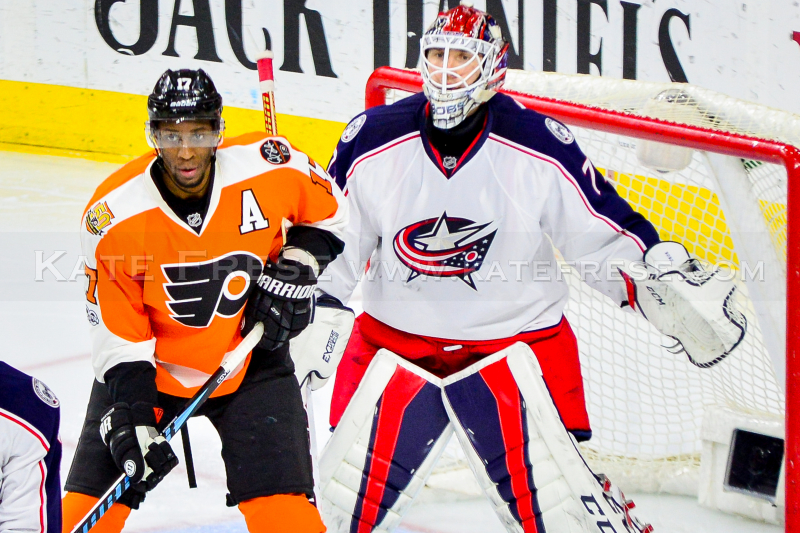 It's been a roller coaster ride in the standings for the Flyers in recent years.

From competing for the top spot in the division, the Flyers took a nosedive after their win streak and crashed down at sixth place in the Metropolitan Division at season's end, just ahead of Carolina and New Jersey.

With a new season just around the corner, it's time for the Flyers to start clawing their way back among the division's elite.

Philadelphia hasn't finished in a top-three slot within their division since the 2013-14 season, racking up 42 wins that year. Since then, they have yet to eclipse that mark. However, one thing to keep in mind is that the Metro has gotten so much better and a lot tougher in the last five years.

Pittsburgh has dominated, as much as any Philly fan hates to say it, and Washington has been a consistent powerhouse throughout the regular before bowing out in the early stages of the playoffs.

Columbus has also quickly become a force to be reckoned with. They've only gotten better too, with their recent acquisition of Artemi Panarin from Chicago. Panarin finished last season with 74 points and is a lethal offensive force. Granted he was linemates with Patrick Kane for the first couple seasons of his career but he could still produce solid stats with the Blue Jackets.

Another team the Flyers need to overcome is the New York Rangers. Acquiring defenseman Kevin Shattenkirk was a power move by the Blueshirts. An already solid lineup backstopped by goaltender Henrik Lundqvist and the addition of Shattenkirk makes the Rangers another beast of the East. Plus, the Flyers haven't had the best luck against the Rangers as of late.

The Islanders also have a solid grouping that finished ahead of the Flyers last season, headed by captain John Tavares.

And that was just the teams that finished ahead of the Flyers last season.

Carolina and New Jersey have each established solid prospect pipelines of their own, with the Devils claiming top pick Nico Hischier and the Hurricanes adding 17 players through the draft in the last two years.

Being in arguably the best division in the NHL, the Flyers have their work cut out for them. With that being said, there's hope that the journey towards the top of the Metropolitan Division has begun. Young prospects and savvy veterans can bring the Flyers back into the hunt for a top seed in the division and hopefully a Stanley Cup.

A Stanley Cup for my Flyers, sounds about right.