Eagles Flyers Phillies Sixers Union About Us Write For Us
Phillies Nuggets: Which members of 2008 team should go on Wall of Fame?
Phillies first round pick Haseley promoted to Lakewood 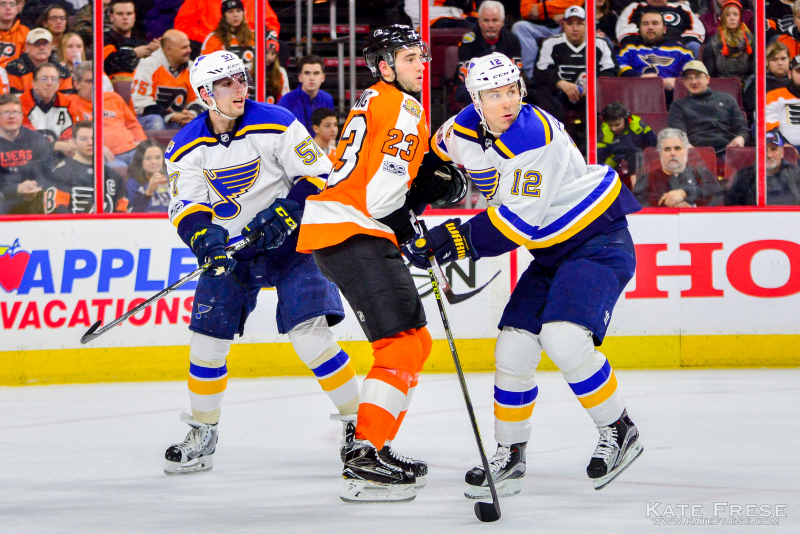 During the 2017 NHL Draft, the Philadelphia Flyers acquired Jori Lehtera, the 27th overall pick in the draft (Morgan Frost), and a conditional first round pick in exchange for Brayden Schenn.

For Lehtera, who had a combined 23 goals and 55 assists for 78 points in his first two seasons, it was a trying and difficult season. As one of the few veteran newcomers to the Flyers, new expectations come with his new home.

Lehtera's versatility allows him to play center or wing, wherever the Flyers need him most, and he is also a solid penalty killer who could eat up minutes. Wherever he plays positionally, he is expected to slot into a third or fourth-line role and provide some much-needed depth.

Lehtera also brings size to Philadelphia, which will help the lineup get more net-front presence and muscle to the lineup. Although not that physical of a player, Lehtera knows how to use his 6'2", 212-pound frame effectively to protect the puck on both sides. Lehtera plays an underrated two-way game, and even the influences of his game can certainly contribute to valuable shifts for the Flyers.

Lehtera spent seven years playing in Europe. Like most European-trained centers, he tends to think pass-first, although his NHL coaches would most likely prefer him to shoot more. Still, the playmaking ability in him could certainly help some of the younger players such as Lindblom on the third line, or even make other players such as Sean Couturier or Michael Raffl more valuable assets offensively.

Despite all of the positives, there are of course some negatives with the acquisition. Lehtera isn’t the fastest skater, so will he be able to stay in the rush with some of the quicker skaters or will he fall behind? Lehtera also came at a price. Trading Schenn was certainly a hit to the top power-play unit and the contracts of the two players were very similar. Lehtera has two years remaining on his contract at a $4.7 million cap hit, certainly a hefty price for a bottom-six forward.

Lehtera has the potential to put up some good numbers with Philadelphia and can help out the special teams. But as a short-term move, fans weren't oozing with excitement over adding another bottom-six forward at a cost.

There are different expectations for him here in Philadelphia, because let’s face it, this city loves their hockey and their passionate fans will let a player know if they don’t think he is living it up to their potential. For Lehtera, hopefully a new opportunity will be what he needs to bounce back from a rough year of his own.