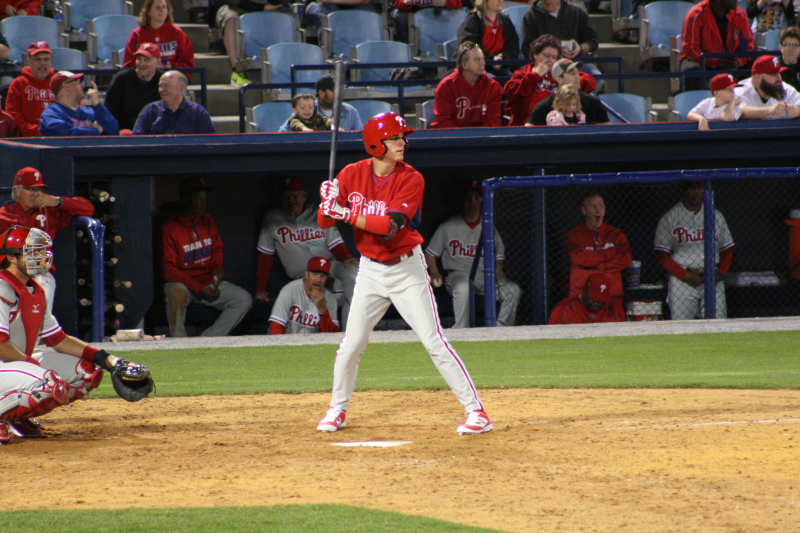 One of the Phillies' young outfield prospects is moving up to Triple-A. Carlos Tocci, a member of the Philadelphia organization since he was 16 year old, will join the Ironpigs after impressing this season with Double-A Reading. MLB Pipeline ranks Tocci as the Phillies' 25th best prospect.

Carlos Tocci promoted to AAA after batting .307 at AA. Has to be added to 40-man roster this offseason so could get a look in September.

Tocci has been in the Phillies minor league system since 2012, and now he's pushing himself into the Phillies equation moving forward as they deal with some outfield injury issues at the big league level. Left unprotected in the last two Rule-5 drafts, Tocci will likely be added to the 40-man roster this offseason, if not prior, after slashing .307/.362/.398 with 19 doubles, seven triples, two home runs, 48 RBI, 59 runs scored, 66 strikeouts and 29 walks. With Tocci moving up to Triple-A, he'll join an outfield that includes slugger Dylan Cozens and Andrew Pullin. If Tocci continues to hit well with the Ironpigs, there's a good chance he earns a September call-up, especially if Altherr is still out of action.

With Aaron Altherr sidelined indefinitely (hamstring) and Odubel Herrera looking at a potential DL stint (hamstring), the lone true outfielder the Phillies have out there right now is Nick Williams. Rhys Hoskins won't be in left forever and Hyun Soo Kim isn't the greatest option to have out there regularly either. Daniel Nava is also on the disabled list. Look for Cameron Perkins to get more playing time with the Phillies outfield options rather slim at the moment.