Eagles Flyers Phillies Sixers Union About Us Write For Us
Pete Rose Accused of Sex With Minor Under 16 Years Old
If Phillies make change, now may be time to put Scott Rolen on Wall of Fame 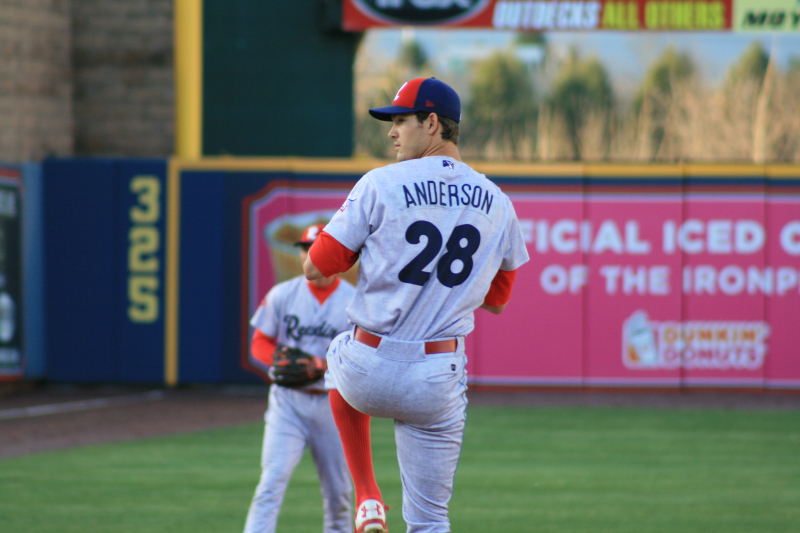 The Phillies announced that pitcher Drew Anderson has been recalled from Double-A Reading.  The move means that Anderson will skip Triple-A, for now at least.  The move is surprising not because of Anderson's talent, but because Anderson has never appeared in a bullpen; all of his starts beyond the Gulf Coast League have been starts.  The Phillies also picked Anderson over other names who have some big league experience, such as Ben Lively and Zach Eflin.

Anderson was 7-4 with a 3.76 earned run average in 19 starts for the Reading Fightin' Phils.   Anderson was named to the Eastern League All-Star game and picked up the win with two shutout innings.   Anderson has 78 strikeouts in 95 2/3 innings.

The Phillies have not really said what their plans are for Anderson long-term, but right now the Phillies need multiple arms who could go multiple innings.  Of the bullpen that remains, Hector Neris and Luis Garcia each have been used three days in a row while neither were particularly sharp.  Should starter Aaron Nola exit the game early, that would have left the rest of the bullpen to pick up the load.  While Mark Leiter, Jr. is stretched out to start, he probably could not cover all nine innings.

Recently-activated Edubray Ramos could be a solution later on after the bullpen is a little more rested.  Ramos last appeared in a Triple-A game on July 21 and recently was activated from the disabled list.   The injury was a blister on his finger; nothing too serious.  Ramos might even join the Phillies in Anaheim.

Anderson was placed on the Phillies 40-man roster this past offseason to protect him from the Rule 5 draft.