Will the Flyers Be Able to Keep Up with the Metro? 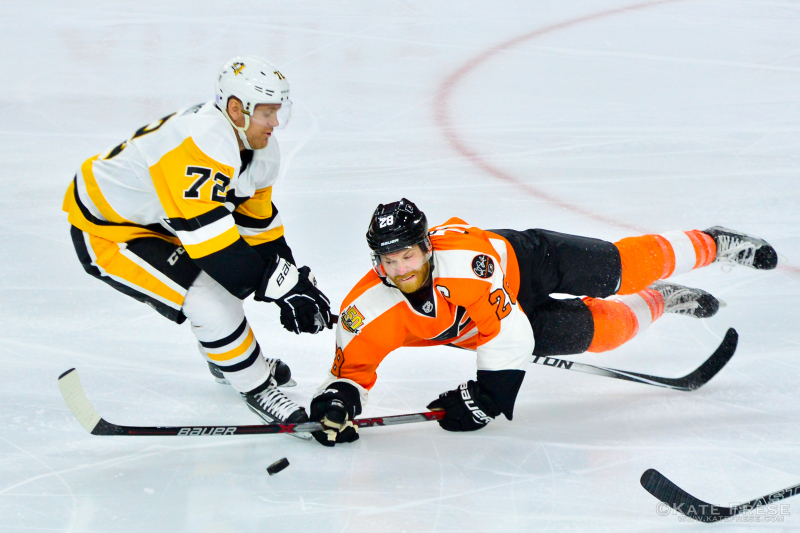 The Metropolitan Division is arguably the toughest division in the entire National Hockey League. With teams such as the defending Stanley Cup champions Pittsburgh Penguins, Washington Capitals, New York Rangers and Columbus Blue Jackets, one question has to be brought up.

Will the Philadelphia Flyers be able to capitalize throughout the season and focus enough to become a playoff contender once more?

The last time the Flyers were really among the division's top teams was back in 2011-12. Philadelphia finished third in the then Atlantic Division with 103 points.

Only five active players for the Flyers entering the 2017-18 season were on the roster back then: Claude Giroux, Wayne Simmonds, Jake Voracek, Sean Couturier and Matt Read.

During that year,Giroux was declared “the best player in the world” by now former coach Peter Laviolette. Giroux scored 28 goals and 65 assists for a whopping career high of 93 points. He was paired with Scott Hartnell and the legendary Jaromir Jagr.

This season, after four seasons of on-again, off-again playoff appearances and rebuilding the prospect pipeline, figures to feature a much younger team for the Flyers. That is the team that will have to compete with each of the top-contending teams in the Metro.

Here is what to expect from those teams.

Of course, the toughest team not only in the division but as well as the league are the Pittsburgh Penguins. Their depth and speed is what does the most damage. Considering the fact that Phil Kessel was on their third line last year tells you a lot that you need to know already.

The Penguins are one of the very few teams that has a great shot at winning the Cup. Their size helps add to their depth and speed to make them a true threat to the rest of the NHL. They will make it to the Conference Final, however will lose to end their bid for a three-peat there.

The Washington Capitals is coming off of their second consecutive President's Trophy winning season, but yet another second-round playoff exit. They extended T.J. Oshie on an eight-year, $64 million contract, while they went out and signed Devante Smith-Pelly, which will quietly help their depth. They took a big step backwards by losing "Mr. Game 7" Justin Williams to the Hurricanes and Kevin Shattenkirk to the Rangers.

Of course, Washington will make the playoffs, however they have not made it to the Conference Finals during the Ovechkin era. The question now is will they be able to make it past the semis or will they fail to live up to their expectations?

The New York Rangers added Shattenkirk to their blue line, as well as goaltender Ondrej Pavelec. In the process of free agency, they lost defenseman Dan Girardi to the Tampa Bay Lightning. They look to continue to push towards the playoffs and try to get back to at least the semifinals.

The Rangers will make the playoffs, but lose in the first round. They don't have the right depth to make a legitimate push towards the Stanley Cup Finals.

For the Columbus Blue Jackets, they bought out Scott Hartnell, who latched on with the Nashville Predators, and lost Sam Gagner to the Vancouver Canucks after he rebounded tremendously from a down year with the Flyers two years ago. Columbus looks to have another record-setting year after their tremendous 50-24-8 (108 points) run. They also have Vezina Trophy winner Sergei Bobrovsky.

Now for Philadelphia. It's true that this year's team will be different. The offense will likely feature new faces such as Nolan Patrick and Oskar Lindblom. And even on defense, most likely Sam Morin and Robert Hagg will crack the lineup come opening night. The Flyers have the talent to get back to the playoffs, but will still be a team fighting for a wildcard spot.

So will the Flyers have what it takes to go back to the Stanley Cup Playoffs, or will they miss the playoffs for the fourth time in six years and not win a playoff series since 2012?

Well the eventual answer to that question is what will make the 2017-18 season another great one to follow from opening face-off of the campaign in San Jose on Oct. 4 until the very end of the season, perhaps even the last shot of an overtime shootout in Game 82, as was the case in the 2009-10 season.