Brett Brown: Okafor not in the rotation, backup job is Johnson's to lose 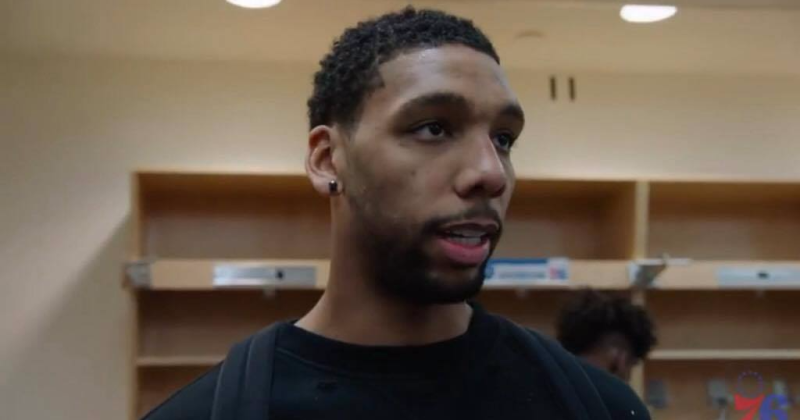 The Philadelphia 76ers are off to a slow start this season and as the starting five continues to gel, the bench is taking a bit longer to be productive on a consistent basis. The Sixers bench is averaging under 25 points per game and is dead last in the league in field goal percentage. Over the offseason, the Sixers signed veteran big man Amir Johnson to a one-year deal and after Richaun Holmes injured his wrist in the preseason, Johnson took over the role of back-up center behind Joel Embiid. Meanwhile, Jahlil Okafor, the guy who lost 20 pounds over the summer, can score in the post offensively and has put the work in during practice, remains on the bench. He's seen action in one of the first five games, coming off the bench in the teams' 34-point loss to Toronto on October 21 , scoring 10 points to go along with nine rebounds and two blocks.

With Amir Johnson struggling mightily to start the season, one would imagine Okafor would get a chance to play more. That hasn't been the case and it looks like it will continue to be that way, according to Brett Brown on Friday.

Brett Brown today: Jah is completely out of rotation. "It's Amir's job to lose." Will re-evaluate when Holmes returns. #Sixers

The Sixers signed Amir Johnson, 30, to a one-year $11 million deal this offseason and he hasn't really lived up to his role on the team at all. Through five games, he's averaging 3.6 points and 5.0 rebounds per game, shooting just 30.4 percent from the floor. In addition, Johnson is averaging a -4.7 in the +/- department so far. So, with the way things are going, there's no real reason Okafor shouldn't be getting a look, especially if the Sixers plan to have any suitors for him this season.

Drafted third overall in 2015, Jahlil Okafor had a strong rookie year offensively that was cut short with a meniscus tear. In his sophomore NBA season, Okafor dealt with lingering pain in his knee, finding it difficult to put together consistent performances on the court, even after Joel Embiid went down with injury. Okafor is a liability on defense, but his upside on offense could be the difference between a win or loss in a game like the one on Wednesday against Houston. Jah has cut meat out of his diet, trimmed down 20 pounds and put in the work over the offseason to come in and contribute to this team. Unfortunately, he isn't getting that opportunity and once Richaun Holmes returns, his chances of playing get even slimmer. Here's everything Brett Brown had to say on the matter today...

Here's everything Brown had to say on Okafor at today's practice (reporter questions in bold): pic.twitter.com/DKAQINZW3Q

Between the variety of trade rumors to a botched trade last season and the handling of his minutes this year after his positive offseason, it's difficult to approve of how the Sixers organization is approaching this matter. One thing is for sure though...Jahlil Okafor would give anything for a fresh start elsewhere, and we really can't blame him.