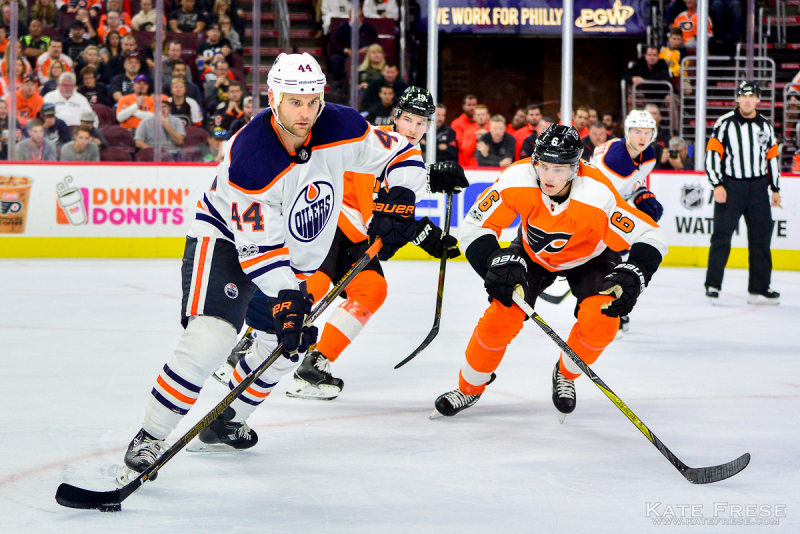 After two very wide open games with high scoring for the Flyers, it's taken a big defensive effort to claim any standings points on home ice. And though they played well on Thursday, they couldn't find the net in a 1-0 loss to Nashville.

Saturday was another one of those close one-goal games that came down to the very end. But it was a late goal by Wayne Simmonds and some strong defensive for the entire final period that proved to be the difference in the Flyers 2-1 win over the Oilers.

"I had an empty net. Val made an unbelievable play as well. You know, Val kind of carried it across and I think the goalie bet and Val just slid it to me back door." - Wayne Simmonds

It has to be the game-winning goal, a nice burst at the line by Filppula and the feed to Simmonds for the finish.

This was a very evenly-matched game at 5-on-5. The Oilers barely edged the Flyers in shot attempts, 48-46. The Flyers really dominated the first period in this department, but had a rough second period. The third was much more of a chess match, and the Flyers just happened to strike at the right moment.