Eagles Flyers Phillies Sixers About Us Write For Us
On this day in 1976: The Sixers acquired Julius Erving from the Nets
Phillies reportedly interviewed Phil Nevin, likely to do so with Gabe Kapler

Joel Embiid not cleared for back-to-backs 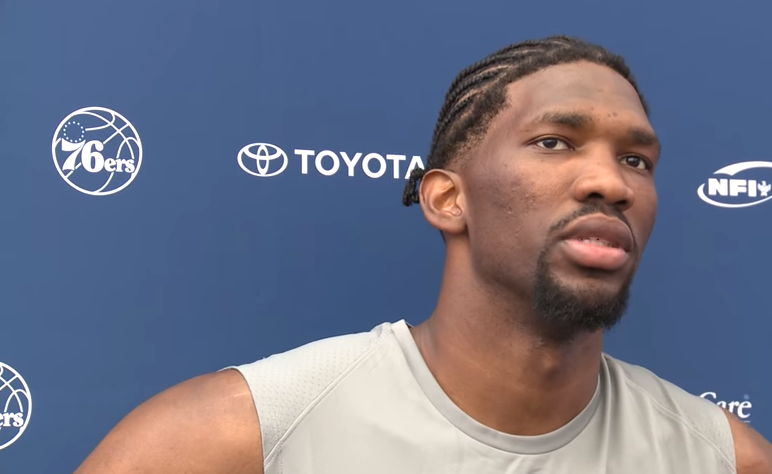 The Philadelphia 76ers are preparing for their home opener against Boston tonight after an encouraging game in Washington D.C. on Wednesday. Both Ben Simmons and Joel Embiid had double doubles and Robert Covington scored 29 points. Heading into the weekend, one of the bigger questions is the availability of Joel Embiid.

Most reports had Embiid restricted to 16 minutes against the Wizards on Wednesday, but he played 27. Tonight, he'll play at least 20. Prior to tip-off though, he told reporters that he doesn't expect to play tomorrow against Toronto and Keith Pompey of the Philadelphia Inquirer confirmed that Embiid has not yet been cleared for back-to-backs.

Embiid has not been cleared for back-to-back situations yet

Why is it important to Joel Embiid to play back-to-backs eventually? “I just want to feel like an NBA player,” he said.

With the caution the Sixers have taken, it's not really surprising to hear that he won't play on Saturday. How long this keeps up remains to be seen though. If Embiid continues to build stamina and play more minutes without getting hurt, back-to-backs will likely be something he is cleared for at some point in the first half of the season. Embiid mentioned a few days ago that injuries occur more when you're tired, so making sure the big man is ready to go at full strength consistently is the most important. It will take time for him to get to that point.

Embiid played a little more conservatively than usual on Wednesday night, but still finished with 18 points and 13 rebounds.