Eagles Flyers Phillies Sixers About Us Write For Us
Exciting talent and a new identity stand out in the Sixers' start to the season
Around the NBA: A look at the debuts of the 2017 rookie class 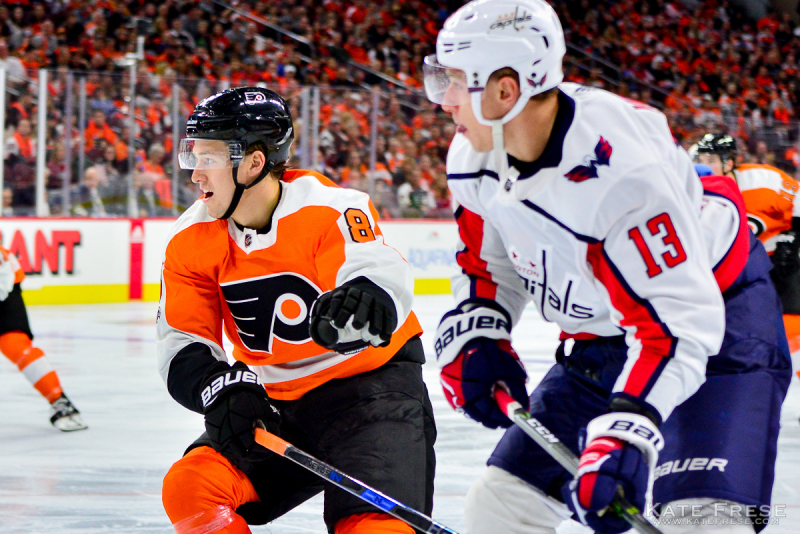 The swift, quick skating, the impressive puck handling and the precise playmaking ability that we saw of Shayne Gostisbehere in his rookie year seems to be returning.

And while credit goes to Gostisbehere himself, credit must be bestowed to Flyers rookie defensemen and pairing partner Robert Hagg.

With seven games being played so far, the play being talked about most is that of the usual core players: Claude Giroux, Wayne Simmonds, Sean Couturier and, of course, Gostisbehere. But seldom mentioned is Robert Hagg.

The calming, physical and cerebral play of the 6'2", 205-pound Swedish-born Hagg is slowly allowing his defensive partner to be able to take chances on offense and play the way he knows.

For a change, Gostisbehere's partner is playing a solid defensive game. It's Hagg's ability to close on an opponent quickly, whether with the body or stick, and disrupt the play that has opponents shaking their heads.

Normally being paired with a rookie defensemen is a setback. Not in this case.

Ghost already has 10 points this season and head coach Dave Hakstol has noticed that the pair is finding chemistry.

"There is some chemistry there and their skill sets complement each other pretty well," Hakstol said after the home opener on Saturday.

That is a great thing to have especially coming from a rookie defensemen. Gostisbehere is a risk-taker. Hagg is the conservative balance to the pairing. Gostisbehere loves to join the rush. Hagg is a laid-back, defensive-minded blueliner. Hagg will play physical and defensive first and Gostisbehere isn't imposing in that way, which isn't a bad thing.

"It’s nice to know you have a guy out there who can help you if you get in trouble," Gostisbehere said.

Back in 2013, when Hagg was drafted by the Flyers in the second round with the 41st overall pick, TSN's Bob McKenzie saw the potential the Flyers have just selected.

"He needs to become a consistent physical player in order to make it in the National Hockey League," McKenzie said then. "He has the skills but he needs to play more physical and become a whole player and if that comes, the Flyers will have a steal."

Well, it sure seems that Hagg heard McKenzie back in 2013. He has molded into a reliable two-way defender, a physical and smart player around the puck in both the offensive and defensive zones and has been a calming influence to Gostisbehere, whose offensive play can make the Flyers a lethal team.

It's those strides that are helping the Flyers play well so far and while we can certainly credit the core players like Simmonds, Couturier, Giroux and even Gostisbehere for the early-season success, Hagg is certainly in that conversation.