Eagles Flyers Phillies Sixers About Us Write For Us
Ice Try, but Hakstol’s Not Taking Excuses from Flyers
Phillies "Still Interviewing"; meet with Farrell

Preview: Sixers, Simmons host the Beard and the Rockets 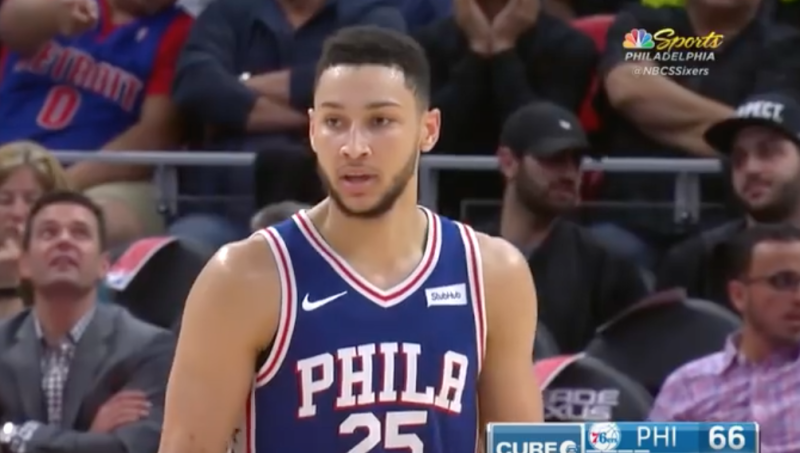 The Philadelphia 76ers (1-3) invite the Houston Rockets (3-1) to town as Ben Simmons and the Sixers try to win two straight games. The Sixers, led by Simmons' triple-double, beat the Detroit Pistons 97-86 on Monday night. This matchup also featured a 30-point night from Joel Embiid - his best performance of the young season.

Markelle Fultz is a no-go, Paul a game-time decision:

The Sixers will be without Markelle Fultz, after receiving a cortisone shot in his shoulder yesterday. Fultz will miss the next three games, hopefully returning with little to no pain in his shooting shoulder.

Chris Paul is a game-time decision tonight, ultimately changing what the matchup will look like.

Ben Simmons looks to have another solid performance against the Rockets tonight.

However, above all, Simmons has made numerous comments about how winning is his priority, not his stat line. This is incredibly mature, as Simmons will look to contend against a solid Rockets team.

Simmons, in addition to his triple double on Monday night, has been incredibly efficient with the ball in the first four games of his young career, and has been the most impressive aspect of this Sixers team so far.

With the triple double, he becomes just the third NBA player in history to record one in his first four career games, joining the great Oscar Robertson (1960) and Hambone Williams (1967) (h/t @SixersStats). Safe to say, not many NBA players have accomplished this feat in recent memory.

Simmons is also the first player to record a double-double in four straight games to start a career since Shaquille O'Neal did it his first 11 games. Pretty elite company right there.

Simmons is averaging 17 points, 10 rebounds, and seven assists through his first four games as a Sixers, and is already looking like the best rookie out on the court among all NBA teams.

What to look for:

Continue watching how Embiid handles his minutes on the floor. After the 30-point performance, Embiid will look to keep the ball in the post and avoid taking many 3-point shots.

The biggest thing to watch, in my opinion, is the players off the bench. The Sixers bench ranks extremely poor in all statistical categories, and Sports Talk Philly's Brandon Apter went into greater detail with his article yesterday.

The Rockets are an elite team in the NBA, so it will be fun to watch how this young Sixers team competes tonight. Expect high energy from Simmons, Embiid, and hopefully the bench.