As Flyers Struggle to Score, Brian Elliott Starting to Provide Consistency in Goal 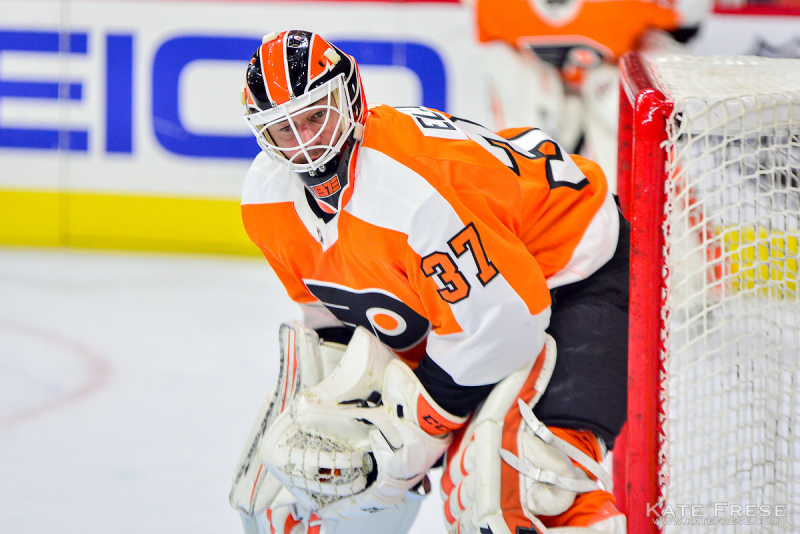 Call it bad offense. Call it bad defense. Call it bad coaching. Call it whatever you want based on how you see it. But one thing is for sure, the Flyers are sputtering following two shutout losses to Devan Dubnyk and the Minnesota Wild and another shootout loss to the Jets on Thursday night.

Sometimes, that calls for you to just simply tip your hat to an opposing goaltender who has played lights out as Dubynk did.

That is some decent workman-like numbers for a guy with a cap hit of $2.75 million.

Elliott came in knowing he was going to split starts with Michal Neuvirth and whoever had the hotter hand was most likely going to get the nod until proven otherwise. Right now, it has been Elliott, who made his fourth straight start on Thursday night, who has been the hot hand.

Elliott has been pretty good at holding down the fort in goal, but is also quick to turn the attention to a young defense that is growing by the game.  a game and has been quick to deflect his play onto how well the team as  a whole has performed around him.

"I thought we did a good job defensively," Elliott said following last Thursday's win against Chicago. "That allowed me to lock in on the puck. We took away lanes. Took away passes. That’s what you have to do with a team like that, move it around."

With that being the case, Elliott himself has been everything you could want in a stop-gap goaltender. With a two-year contract, Elliott's time in Philadelphia may or may not be limited to just a couple of seasons, but he has certainly played his part in helping coach up some younger players and provide them with veteran leadership. Being quick to focus on the team's play and not individual achievements or success is also an admirable trait from any player.

The Flyers have had trouble scoring. They have suffered from inconsistency throughout the lines and have had traces of the rookie syndrome where young players have rookie moments and mistakes, whether being caught out of position or making a high-risk pass or play that results in a turnover. That said, there has been one calm and collected player through all of that, and that's been Elliott as he handles a chunk of the netminding workload and consistently makes save after save.

The record may not show it completely, but if you ask anyone in hockey, the Flyers are getting an early dividend on their investment in Elliott. It's unfortunate that it is going to waste at the moment with the inconsistent scoring, but Elliott has rebounded nicely from some difficult starts, showing that he can provide some consistency for the Flyers in goal while they wait for their goalie of the future.