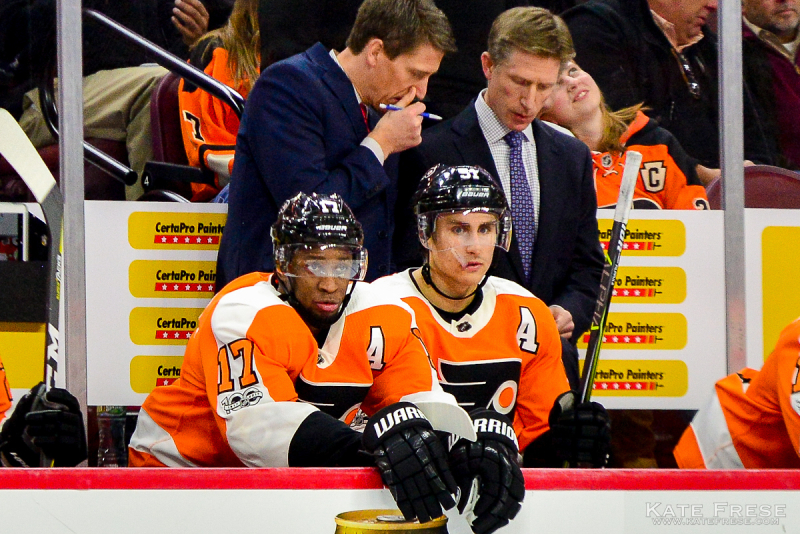 If the Flyers current four-game skid entering Tuesday wasn't bad enough, how about a lackadaisical and lifeless 5-2 loss to the Vancouver Canucks to pile on?

That's what happened at Wells Fargo Center on Tuesday, as the Flyers took an early lead that slipped away quickly and never recovered.

Let's get right to it with our Postgame Review.

"I don’t think we’re playing bad hockey. We wouldn’t be getting 30 shots a night. But, on the defensive side, we need to be sharper. Little details, whether it’s picking up your guy or chipping it out, line change, whatever it’s all those little things that add up and make a difference in the game." - Flyers forward Sean Couturier

"That’s on us. When you are a losing a couple in a row, you need to find a way to get out of it. I am convinced that when we do get out of it, we are going to start winning a lot of games here.​" - Flyers forward Claude Giroux

"It’s tough and, I’ll be honest, I think we knew we were going to go through couple of tough times. You go through some nights like this where honestly not a lot of stuff goes right. You have got to own it. We have to do better. You can’t sit back and rest on a lack of confidence. You give yourself confidence by preparation and work ethic, togetherness. Those are things that we have to put back into our game tomorrow night." - Flyers head coach Dave Hakstol

A nice play off the rush by Travis Sanheim and Claude Giroux set up Jake Voracek for the Flyers second goal of the night in the third period.

The second period, where the Flyers gave up two more goals and fell behind for good, 4-1, was the Flyers best by the numbers. The Flyers had 31 even strength shot attempts to 11 for the Canucks. Both Vancouver goals came on the power play, but this is the chart that goes to show that just because the game flow falls in your favor, the score doesn't reflect that.